Anime contains all kinds of fights, but some of the most emotional or spectacular battles occur when two foes face off one on one. These fights tend to really highlight the feelings, skills and motives of the individual characters involved and usually finds ways of improving character development in the process.  Spoilers will be present. 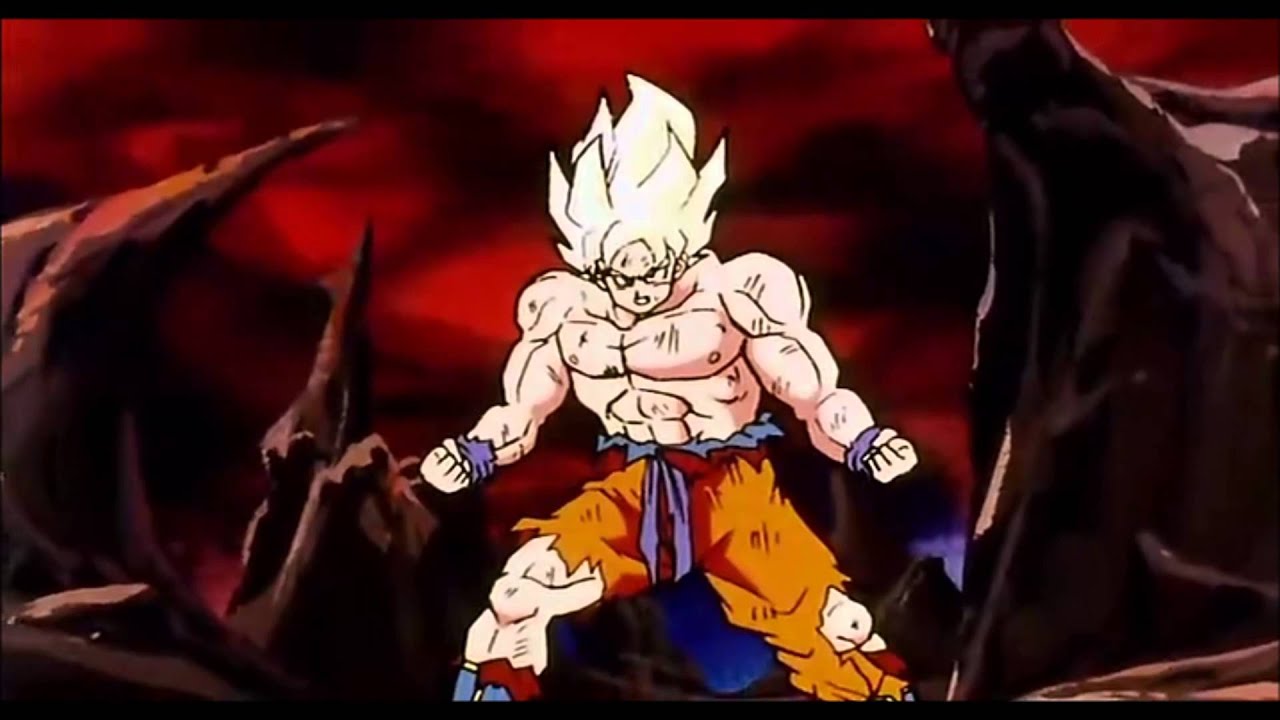 This is easily one of the best one on one fights of all time.  The fight between Goku and Frieza is the longest anime fight between two enemies, which is one of the best and worst qualities about this.  The length of time really helped to show just how powerful Frieza truly is and gave us the amazing Super Saiyan transformation.  Goku finally stops Frieza and then gives him a chance to live and repent for what he has done, but when Goku turns his back, Frieza attacks.  This forces Goku to attack and end the battle. While it’s amazing for being so long, perhaps it is a little too long.

In Mobile Figher G Gundam, the teacher Master Asia, who turned to the dark side and worked with the Dark Gundam, is forced to fight his former pupil Domon Kasshu.  In this fight we got to learn the complexity of Master Asia’s thoughts and how the guilt of countless fights and its impact on the world had him develop a disdain for humanity.  In an effort to restore nature to its former glory he sided with the Dark Gundam to wipe out humanity in order to prevent people from continuing to destroy nature.  Then Domon counters with a huge flaw in Master Asia’s logic when he explains that humans are part of nature too.  The two Gundams went at it with incredible intensity until Domon’s will proved to be superior.  When Master Asia died in Domon’s arms we saw a character that we previously disliked for his ties to the enemy turn into one of the most beloved characters of the entire show. 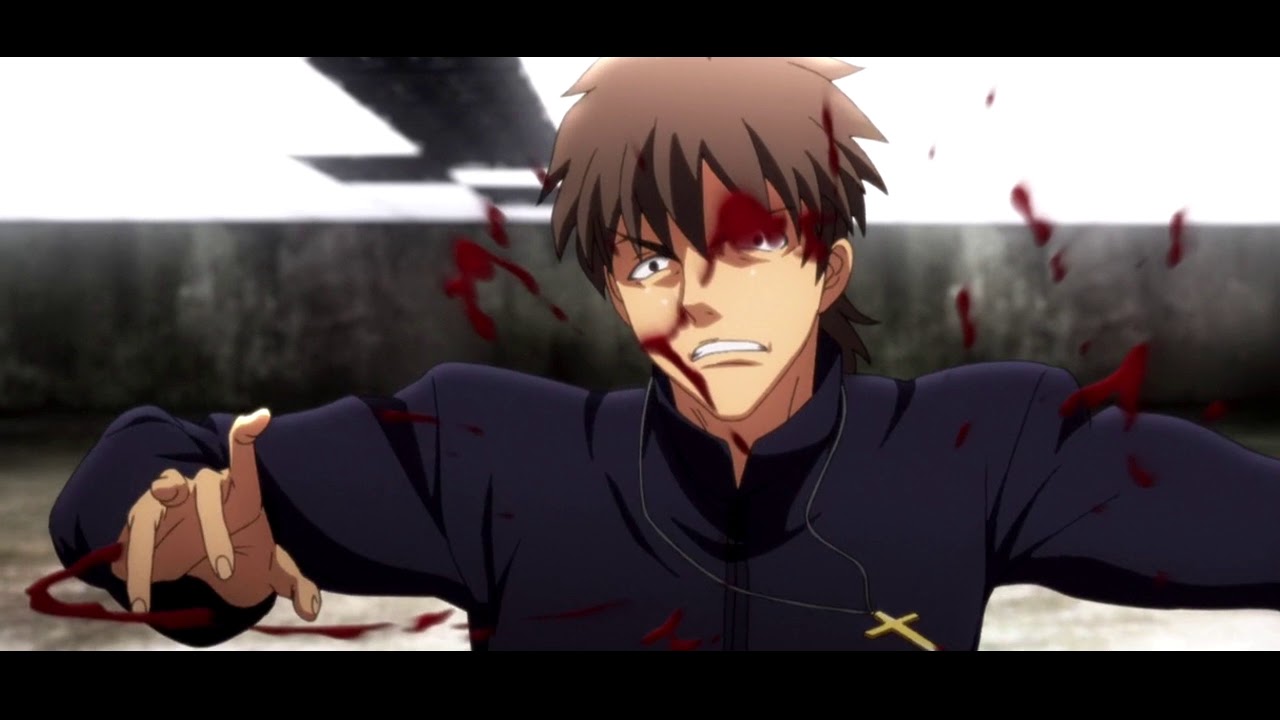 Fate Zero is an amazingly complex and action packed series and this fight is the biggest moment of the show.  Kiritsugu Emiya is an assassin that found something worth fighting for and Kotomine Kirei is a man fighting to understand what he finds worth fighting for.  These two ideologies came together in one amazing fight where these characters used every technique they had at their disposal to overcome the other.  These characters adapt very quickly so the fight goes through constant changes as the characters unleash different tactics.  At one point Kotomine is forced to deflect a bullet by taking the bullet in his hand and moving it away from his torso. While this fight was short, every second of this fight was memorable.

In My Hero Academia these two fighters have struggled with a complex relationship since their childhood.  Bakugo treats Midoriya with such hatred and disdain while Midoriya tries his best to be a friend to Bakugo.  Bakugo and Midoriya idolize the hero All Might and when All Might looses his powers Bakugo blames himself and harbors incredible guilt over it.  In order to help understand Bakugo’s feelings Midoriya agrees to Bakugo’s challenge and the two square off in an incredible fight. What makes this fight so amazing is how we get a clear and powerful understanding of just what both of these characters are feeling and it ends with a powerful statement from Bakugo when he yells “I won’t lose to you,” and defeats Midoriya. 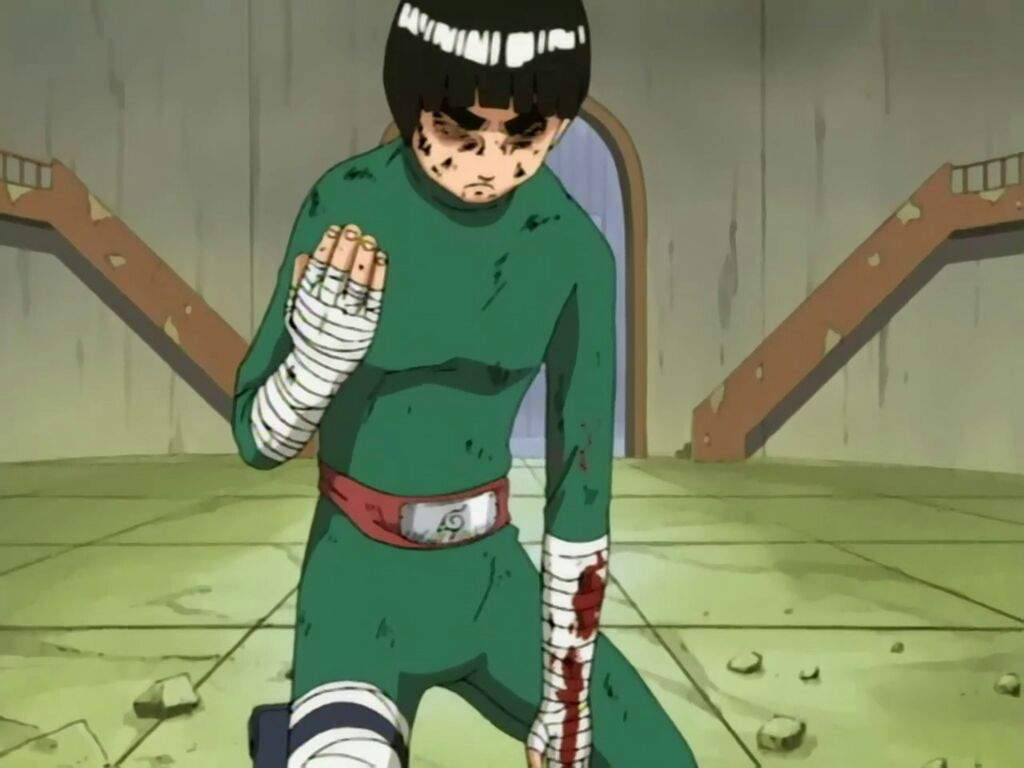 In Naruto we see two characters that, at this point, we know very little about fight for a chance to increase in ninja rank from Genin to Chunin.  We fight out that Rock Lee has no ability to use Ninjutsu, powerful techniques that can harness various elements and special attacks.  In his inability to use Ninjutsu, Rock Lee focused on becoming an expert at Taijutsu, hand to hand combat.  Gaara has the ability to manipulate sand which makes it tough for Rock Lee to get close enough to land a solid hit.  During this fight we see these fighters unleash surprise after surprise.  The amazingly agile Rock Lee reveals that he had incredible weights on him the entire time and can actually move much faster than what the audience has seen to this point.  Gaara counters with a sand armor that manages to block the hits Rock Lee lands on him.  The two square off unleashing more and more techniques until Rock Lee’s mentor, Might Guy, steps in to save Lee from Gaara’s attack because Rock Lee was so determined to fight that he stood with a broken leg while unconscious.  While Rock Lee was never made to be a main character, his resolve in this fight made him a fan favorite to everyone.

3 thoughts on “Top Five Anime One on One Battles”