A last stand, a moment where you are up against seemingly unbeatable odds, running is not an option and you must stand and fight with everything you’ve got.  These moments are some of the most jaw dropping conclusions of fights all across anime lore and I’ve made a list of my top five best last stands.  There will be spoilers, especially since the winners of these fights get revealed. 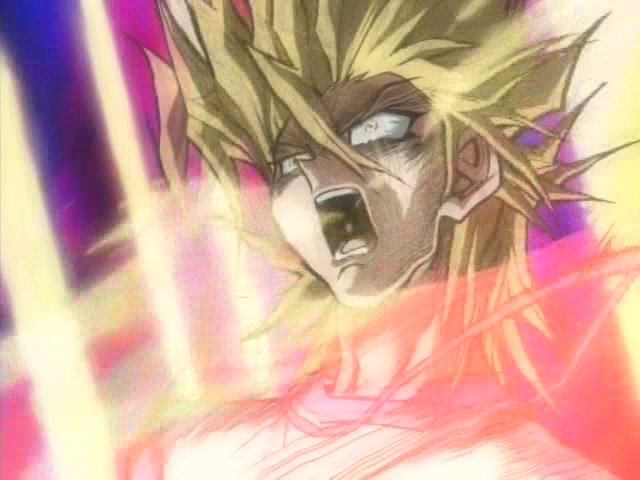 Joey Wheeler is an average joe in Yugioh that has found his way into a card duel with the enemy of the season, Marik.  Marik holds the most powerful Egyptian God Card, The Winged Dragon of Ra and Joey has no special powers to fall back on to stand against it. If Joey surrenders he risks loosing his soul to the shadow realm.  Marik unleashes Ra’s full power and the flames of the attack consume poor Joey as he stands there in agony.  The smoke clears and everyone is expecting the end; however, Joey is still standing.  As Joey comes so close to winning, you see the look of terror in Marik’s face; however, right before Joey unleashes a winning move his exhaustion takes over and he falls in defeat.  He may have lost but with no special powers he was still the first person in the series to terrify Marik. 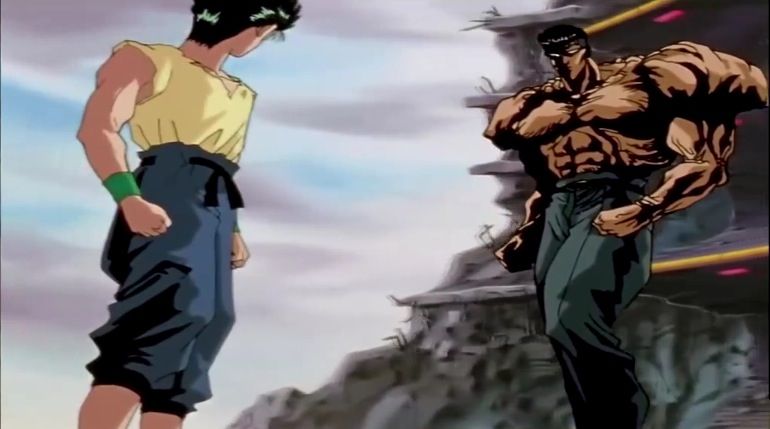 Yusuke finds himself facing the overbearing Toguro in the final match of the dark tournament.  He has to fight or all of his loved ones die and yet nothing Yusuke does seems to phase Toguro.  Toguro is unsatisfied with Yusuke in such a weak state and, seemingly, kills Yusuke’s best friend to inspire a massive power up.  Toguro got just what he asked for as Yusuke summons spiritual energy that consumes the entire arena.  He then takes his energy and fires one massive blast at a full powered Toguro and manages to squeeze out enough power to take him out once and for all.

In this game, you die in the game, you die in real life.  Kirito is struggling to help a reckless group of players that decided to take on a floor boss on their own.  The boss proves to be far more challenging than anyone expected and it winds up being a slaughter as he toys with the poor players.  Kirito unveils a duel wielding skill and just slashes away relentlessly at the boss until it is finally defeated; however, Kirito just barely survived with seemingly 1 hit point separating him from life and death.

Tekkadan attempted to remove anyone in charge of their lives by becoming the kings of Mars and freeing the planet from its current control; however, by the time the series ended Tekkadan lost all of their support and was cornered by the group Gallerhorn. Tekkadan helped many of its members evacuate as its fighters rallied for one last fight.  Defeat meant death and fighting was likely to end that way anyways, but at least if they fought they would die with honor and save some of their members.  Tekkadan lost, but they gave it everything they had for one massive final stand and while they lost Mars still gained the freedom they aspired to obtain from the start.

1. My Hero Academia: Goodbye One For All

All Might is up against his nemesis All For One, but with his quickly depleting power he is backed into a corner.  He gets close to All for One and with a massive powerful punch he yells his attack “United States of Smash” with such a mighty roar that it sends chills down your spin.  He crushes All for One and manages to win but in the process uses up the last of his power and must retire from being a hero.