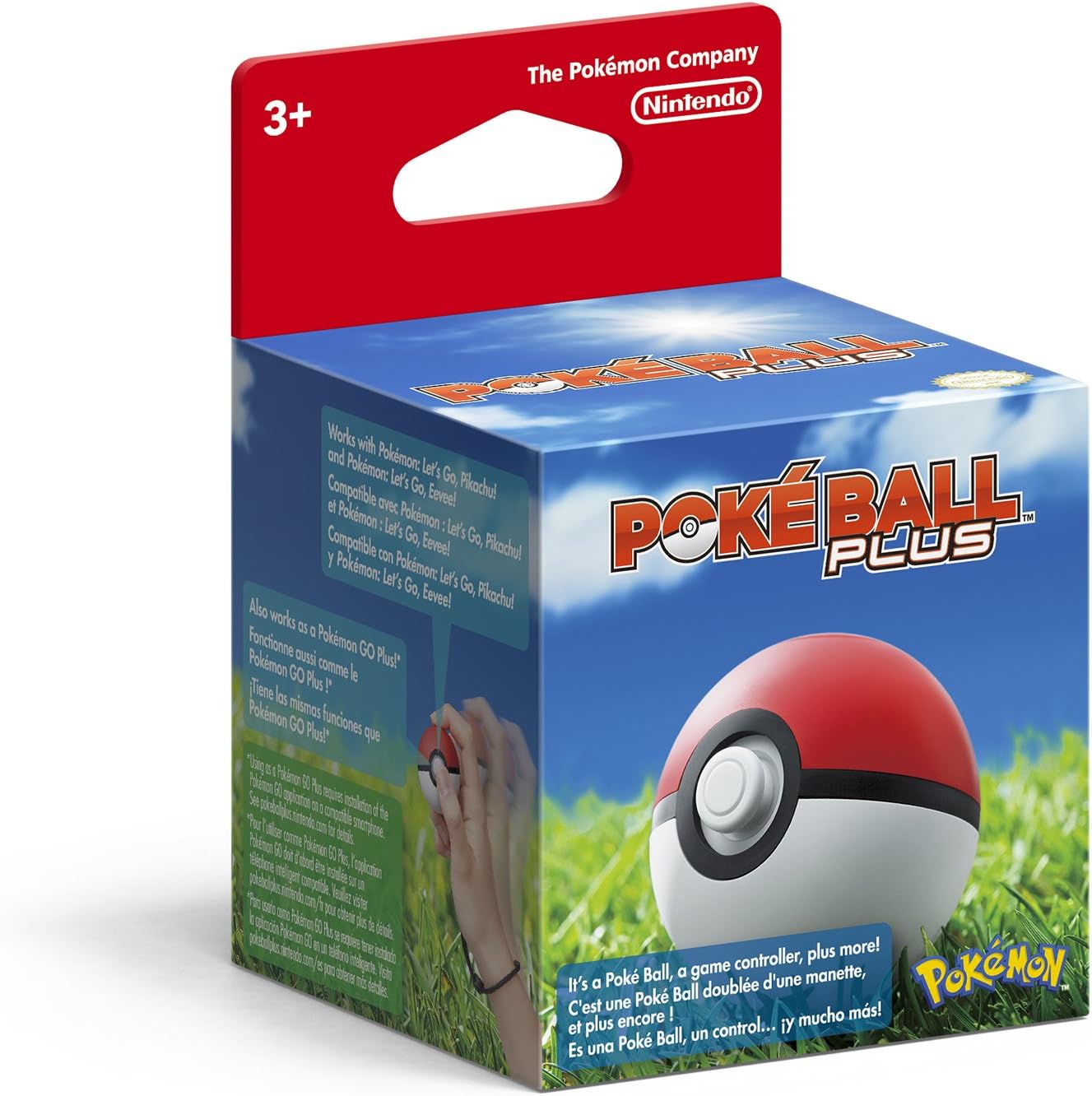 So here is a brief review of the new Switch controller the Poke Ball Plus.  The idea behind this device is to simulate how it feels to actually throw a Pokeball to catch Pokemon in either Pokemon Lets Go Eevee or Lets Go Pikachu.

The controller was smaller than I originally expected but it worked out well.  It was easy to hold and adjust to holding it as a controller but the controller function itself was tricky to get used to.  The A button is used by pressing down on the joystick or the circular center of the Pokeball and so it’s very easy to accidentally scroll while pressing A.  A few times this led to me picking the wrong attack option such as using quick attack on a ghost Pokemon.  It took a bit but after some adjusting I managed to get the hang of mastering the buttons and really enjoyed using it as a controller.

The throwing mechanics are pretty interesting.  It was incredible throwing the Pokeball and it really made me feel like a Pokemon trainer.  The ball would light up during the catching process and vibrate with each shake of the Pokeball as you wait for that third and hopefully final move before the Pokemon stays in the ball. It was exciting everytime and really boosted my love for catching Pokemon.  There were only two drawbacks to this.  First was the ball itself.  It would sometimes shift in my hand so when I thought I was aiming straight only to find the ball would be thrown far to the right. This just required constantly checking to see how I was holding the controller.  The other was the finger grip.  The ball comes with not only a wrist strap but a clip to place around a finger to help keep a grip on the ball.  I found that no matter how I placed this clip on my hand it would cause some sort of strain and it would force me to take breaks after extended play sessions.  I tried this with both my left and right hands with the same effect for both of them, but when I don’t use the finger grip the controller is very comfortable.

Overall the controller is very nice and just requires a bit of adjustment to get used to it and I found it to be well worth the money as the joycon doesn’t compare in this particular instance. Plus it really added so much excitement to the game that I feel might be missing without it.