Another year goes by and we get another Pokemon game, but this one is a bit different from those we have gotten recently.  We finally get another Pokemon game on a home console and it even includes Pokeball motion controls. This game served as sort of a remaster of Pokemon Yellow from the gameboy days so it takes place in the Kanto region and only featured the original 151 Pokemon. 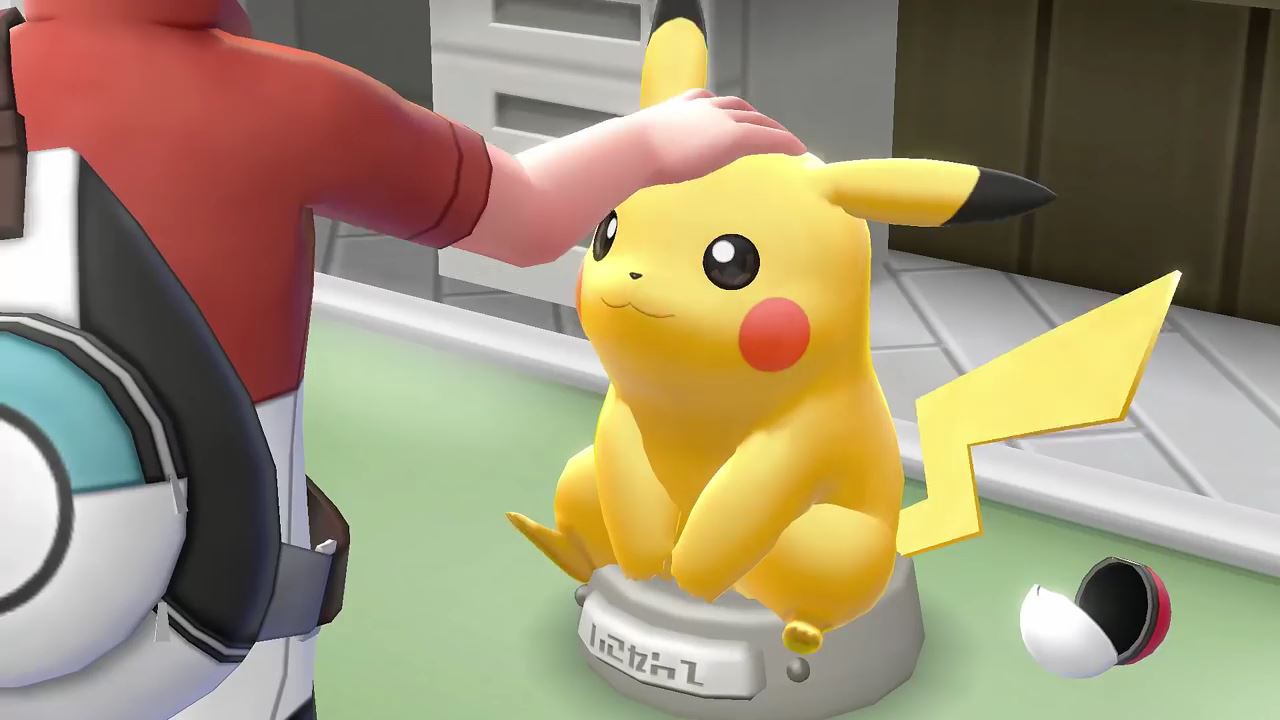 I’ll start with the story.  It actually follows several key elements that were in the original story for Pokemon Yellow.  Some examples include where Team Rocket attacks, Snorlax blocking specific paths and the general order in which you have to do everything; however, there are some notable differences that keeps things interesting for those who have played Yellow. First of all Jesse and James from Team Rocket actually appear in this game and you fight them several times.  It’s a nice easter egg for those who have watched the show and they have their original Pokemon Koffing and Ekans.  It was so satisfying being able to battle these longtime antagonists of the Pokemon series and even though they kept appearing it was fun every time. 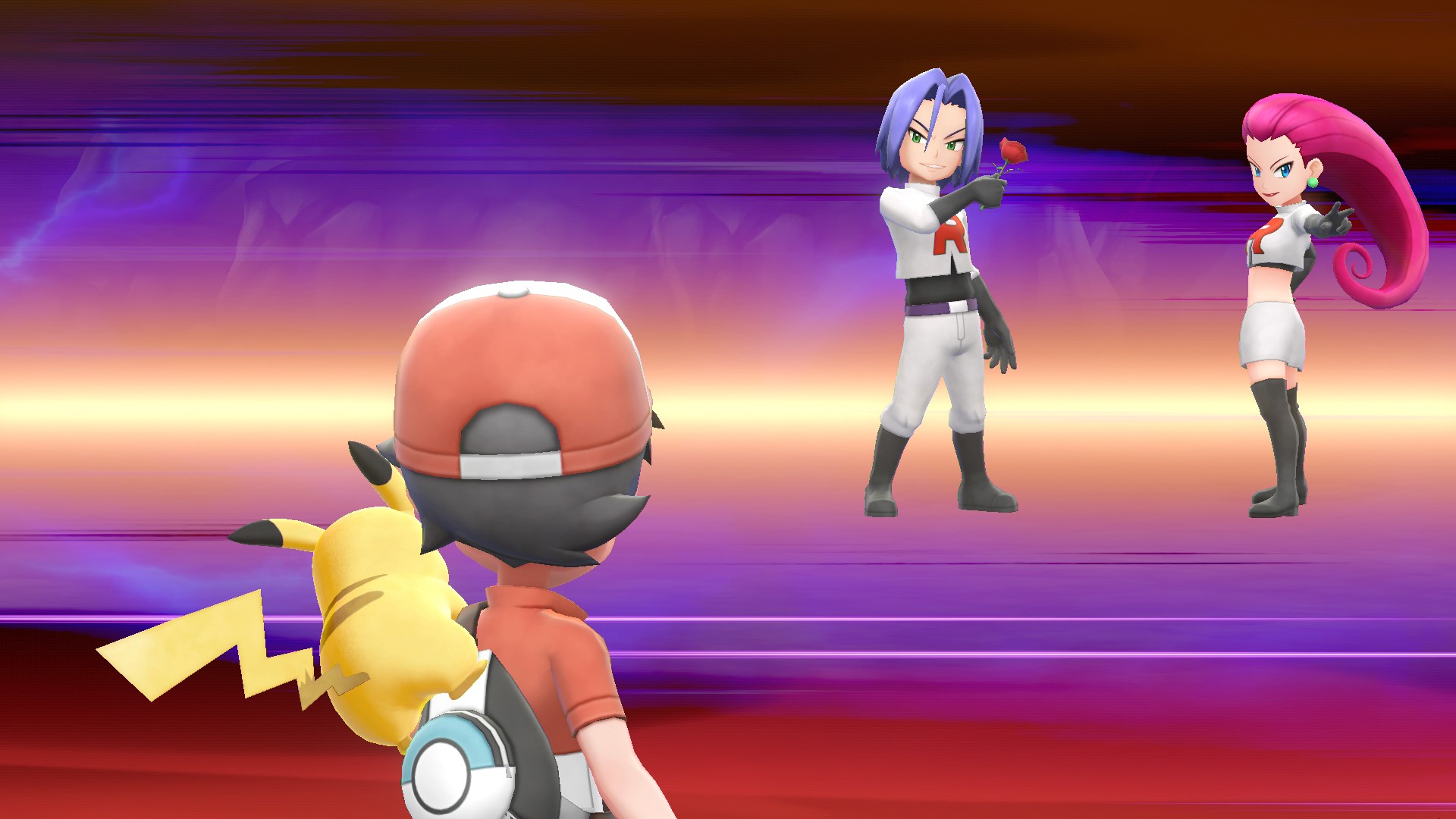 Instead of the characters being Red and Blue from Yellow; you and your rival are actually brand new characters and Red and Blue are actually NPCs in the game that you get to battle.  Even Green makes an appearance.  Other characters such as Professor Oak and Team Rocket Leader Giovanni had much more personality to them when you get to see them as 3D sprites and iconic moments in the game are far more fleshed out than ever before.  If you played the original Yellow then you already know how the events in the tower at Lavender town unfold; as touching as it was in the original game it didn’t have the emotional impact it should have had due to the limitations of technology at the time.  Well, this time be prepared to bring some tissues because it is quite a tearjerker this time around.

Next I’ll dive into the gameplay.  For the most part it plays like a traditional Pokemon game with just a few differences.  The first is HMS.  In this game Pikachu learns all the techniques needed to replace HMS as moves that can only be used outside of battle.  So yes, flash, surf, strength, cut and even fly.  It is about the same level of ease as Pokemon Sun and Moon but with a nice twist.  Instead of a Pokemon box you actually carry an item with you that holds all of your Pokemon so you can switch them out at anytime.  It was really nice being able to update your party so freely like that.  The big change is the battle and capture mechanic.  Most wild Pokemon, with a few exceptions, do not battle at all.  Instead you see the Pokemon out and about so you can run right up to one at anytime and go right into a sort of mini game where you try and capture them.  When the Switch is docked you use motion controls to simulate throwing with either a Joycon or Pokeball plus to catch the Pokemon.  I used the Pokeball plus which I will make a separate review for. When the Switch is in handheld most you move the Switch around to aim for the Pokemon then press a button to throw the Pokeball.  I found both to be very enjoyable methods but handheld most was by far easier because it can be tough to aim the Pokeball.  You also gain experience for how well you catch each Pokemon which can make leveling up either very quick or very slow. For battles, you for the most part only battle trainers and they play out exactly the same as any other Pokemon game. 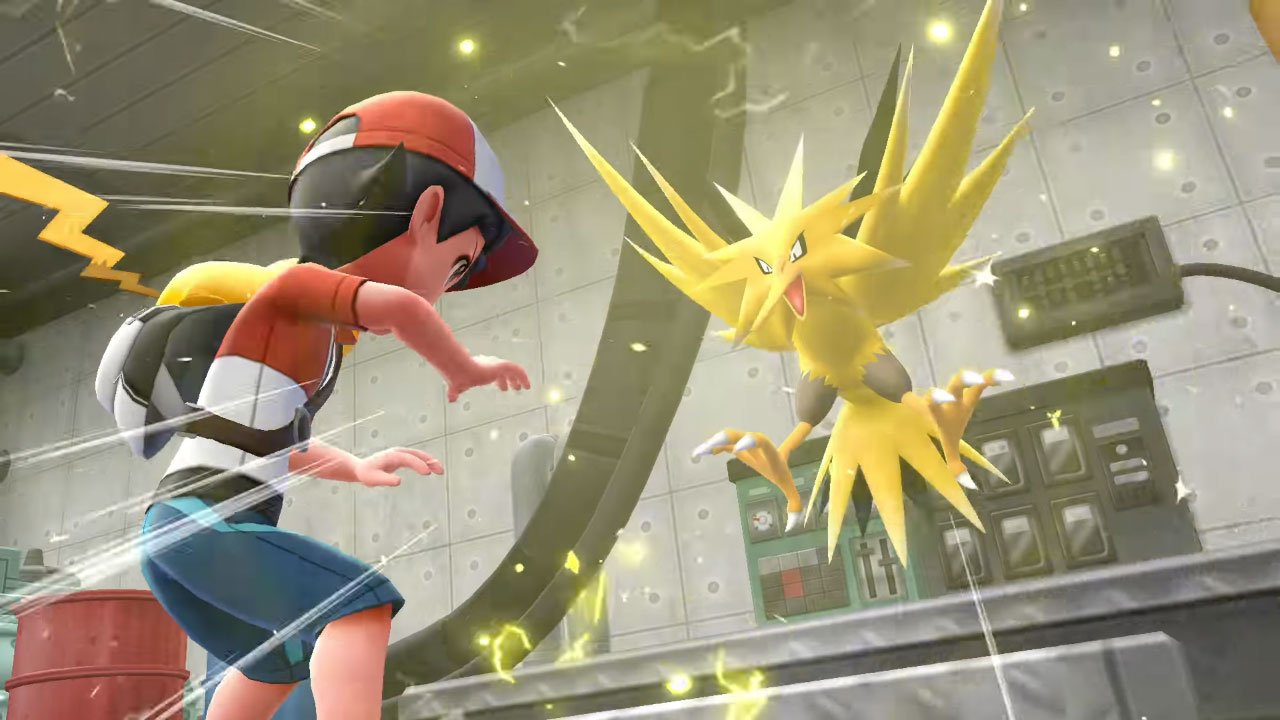 Other things I would like to note are gym battles.  In Yellow the games felt very similar but in this game every Gym felt like a truly unique experience and it was great to see what each gym had to offer.  Catching the Pokemon was so addicting.  In Yellow I had about three or four Pokemon going into my first gym battle but in this game I already caught about 20.  It’s that big of an improvement.  Overall this was a very enjoyable experience.  Seeing the Pokemon out in the wild and catching them really made me feel more like a Pokemon trainer than any other game before it and I hope this is a mechanic that stays.  The only downside is that it can be tough to level up Pokemon.  Once I had my party established I had no desire to change it up that much because of how long it would take to get them stronger.  Which also meant I had little interest in most of the post game content.  You fight Pokemon trainers that have mastered one of the original 151 Pokemon one on one with the same Pokemon to became the new master.  It was great fighting the master trainers with Pokemon that I have worked with for awhile to become a master for that specific Pokemon, but I didn’t have any desire to do that for other Pokemon like Oddish or Weedle.

Overall it’s an amazing game that really brought new life to the Pokemon adventure and worth every penny of what I spent for it.  Catching Pokemon was a lot more fun and battling trainers had more energy to them.  The biggest downside was the leveling up because if my throws had a bad streak then I leveled up slowly.  This made me less interesting in leveling up several Pokemon.  I thing this was a great first outing for the new motion controls and capture mechanic but I would like to maybe see some tweaks to help level grind a little easier.