With the release of the English dub of Seven Deadly Sins season 2, I decided to rank my personal order of how I liked the sins by the end of the season.  Now I haven’t read the manga so this is purely based on the anime so my list could change season to season. Also there will be a spoiler or two. 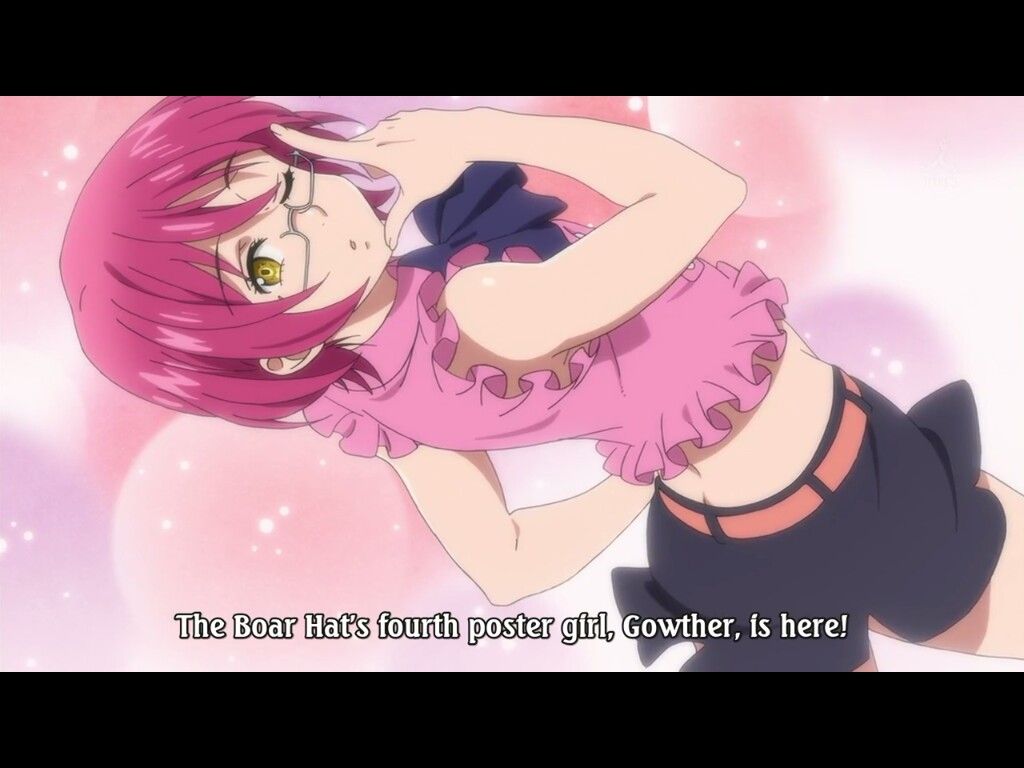 Even though Gowther is my least favorite right now, I actually still like this character.  The problem is not enough has really been done with this character that has made me want to see a lot more of him.  His personality is a little dull, while it’s understandable due to his lack of understanding of emotions it’s still makes him less exciting to watch in comparison to the others.  I really like what we’ve seen of his back story and would love to explore more of his connections with the demon race and the Ten Commandments, the demon elite.

We have managed to see quite a bit of this character so far and really at this point in the series he comes off very annoying at times.  He starts off attacking fellow sin Ban out of revenge without any real context of what happened to his beloved sister.  In season 2 he attacks leader of the sins Meliodas and yet again without any real context as to if he was attacking a friend or a foe. King is very quick to attack his allies without fully understanding the situation; however, when it comes time to attack his best friend who has become corrupt with hatred King hesitates.  So the one time he has to attack someone dear to him and knows the full story he freezes up.  I do love his back story with Diane though, I found the part where they spent their youth together to be a very soothing part of the series.  King is an interesting character, but right now I question his ability to make decisions and his actions are quite irritating at times. 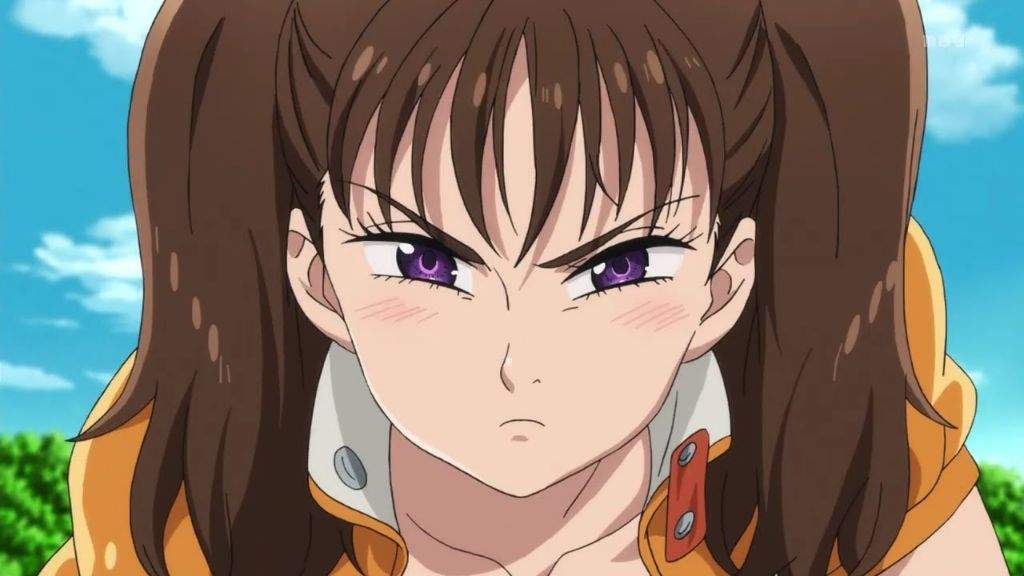 I really enjoy the personality of this character.  She constantly struggles with beings that are racist against giants like herself; however, instead of being hateful and angry about it she still shows so much love and compassion for these people.  She was also the only sin that moved the people and royal knights of the kingdom to help the sins when they were framed for crimes they did not commit.  Her personality appears to move the characters around her to understand the purity of her intentions and that comes off very well to the viewers too. 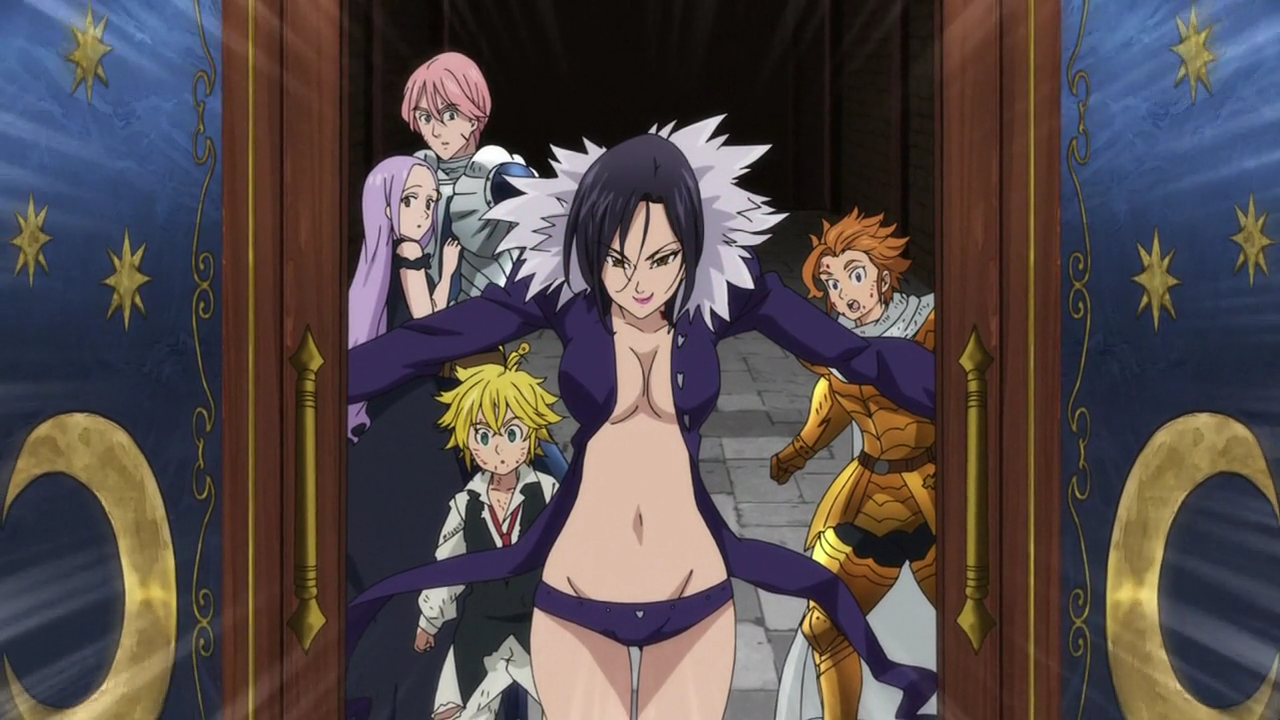 Merlin just fascinates me.  We know very little of her backstory, but we know her name cannot be pronounced by humans and scares the living daylights out of the Ten Commandments.  This reaction to just a small part of her backstory makes me incredibly curious to know more.  Plus I really feel like she functions as the equivalent of an internet troll to the villains and it greatly amuses me.  The villain creates a cube of energy around the king to prevent the sins from getting to him and the cube is unharmed by magic or force but she can just walk up and dissipate the cube.  She does this again to the Ten Commandments who can ride someone of all of their time if someone kills in front of them; however, she stopped her internal clock.  It’s just fun to watch her happen to have the one ability that negates an otherwise unstoppable power. 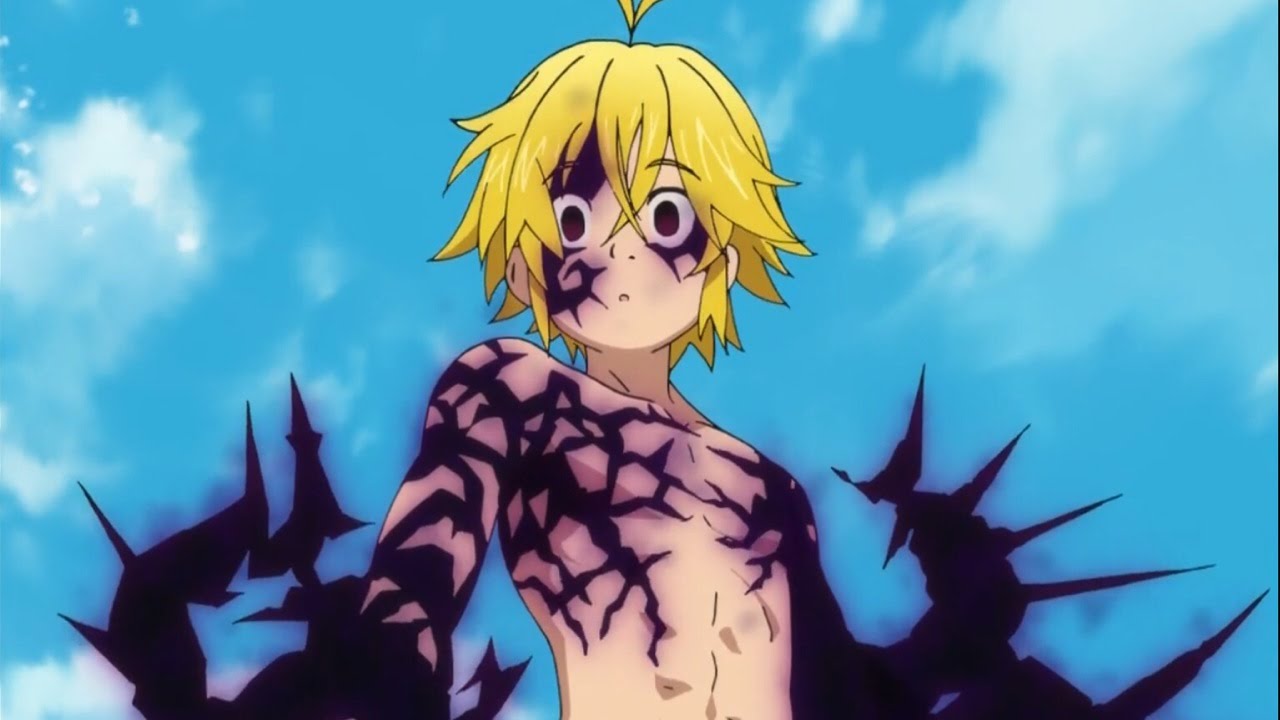 We get to see a lot of Meliodas and what I’ve seen I really like.  He’s a fun character to watch and his story is very interesting.  It’s hilarious to watch him be a perverted and even funnier to watch the consequences of his actions.  It’s also fun to watch as he defeats most of his enemies pretty easily.  He even has an interesting backstory that I want to know more about, but ultimately what makes him number three is the fact that there is clearly a lot more to know about his character that appears to be far more interesting than what we know now.  Now I know most of the time the leader tends to be a fan favorite, but while I like this character I found I happen to like other characters more.

My reasoning for liking this character is actually pretty simple.  He’s just amazing to watch.  He has great comments when he is antagonizing his enemies and watching the part where he is walking through the steam of a lake he evaporated with one attack was quite intimidating.  He is clearly power, pure and simple and his fights were my favorite in the entire series so far.

Ban is my favorite because we not only get to see a lot of his backstory, which is quite moving, but we also see so much depth to his character.  He is greedy, which is why he is the sin of greed, but we soon see that he has limits to his selfishness and is actually a very caring and selfless individual to people he cares about.  His personality makes him fun to watch, especially when he entered King as Old Fart in a fighting tournament.  Antics like that really made him stand out to me.  I also like his he is essentially invulnerable so we get to see how he just has a very uncaring attitude towards most of his enemies attacks. Overall though I just like everything about this character, his story, his look, his demeanor.  He has been the most entertaining character for me so far.

One thought on “My Ranking of The Seven Deadly Sins”