One of the greatest things bout Fire Emblem Heroes for mobile devices is the fact that it brings together characters from all Fire Emblem games in a massive Fire Emblem crossover. However, with that being said the game includes some amazing original characters that are not only captivating but very unique.  Now there will be some spoilers for the game if you are not currently caught up with the story. 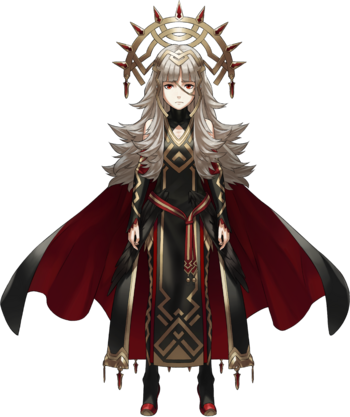 Veronica is a character that served as the primary antagonist for book one of the game and has an interesting back story.  She is attempting to carry out the wishes of her late father to conquer other lands. She ultimately fails to defeat the kingdom of Askr.  After chapter one she continues to appear first as an enemy; however, she soon becomes a temporary ally due to a common enemy and that starts to happen more frequently after she initially starts to work with you in book two.  The only reason why she’s not higher on this list is that I honestly don’t know if the game plans to bring her back to the spotlight.  She played a huge role when she first appeared and is an incredibly interesting character and the game is clearly indicating that the end goal is for her to become a permanent ally but it feels as though the narrative of the story keeps her in a supporting character role. I want to see her once again take a role on par with the main characters Alfonse and Sharena. 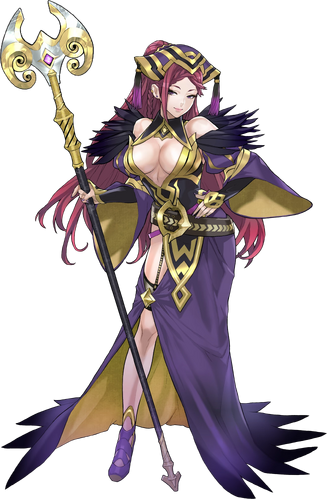 Loki is very much a wild card in the world of Fire Emblem: Heroes.  She starts off by masquerading as characters we’ve already seen before revealing her true form.  She tends to side with whoever is the villain; however, also she will also offer a piece of advice to help the heroes.  She is very evasive when people try to get details about her and so it’s difficult to figure out what her goal is.  This mystery about her makes her so interesting. 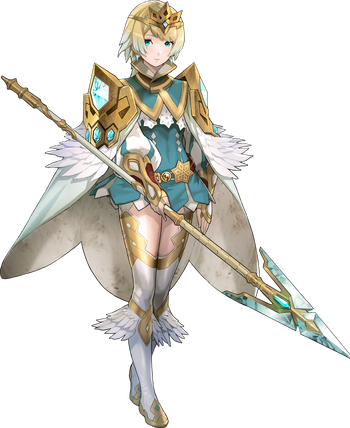 Princess of Nifl, Fjorn makes a great first impression with book two in the opening cinematic video where she is seen wielding a beautiful skeptical of ice powers.  She receives aid from the kingdom of Askr to defeat the tyrant Surtr.  She deals with incredible turmoil with the loss of multiple members of her family and the struggle to find those who remain alive.  She also has the unique role of being the first Legendary Hero which set a new trend for the game on releasing new heroes periodically.  She ultimately joins the group after performing a spell called the Rite of Frost which makes Surtr vulnerable but puts Fjorn on a steady path to her death.  Before she dies she strives to use her remaining life to repay the heroes of Askr for their help.

Peony is a being called a Ljósálfar and she has a fairy-like appearance.  She has the ability to deliver good dreams to people so her character is very unique to the Fire Emblem franchise. Normally Fire Emblem doesn’t add any elements that can easily be described as whimsical so initially, I wasn’t sure what my impression would be.  However, after being introduced to this character I quickly enjoyed the charm and the positivity that she has and found it to be a nice change of pace.  She helps the heroes of Askr understand the rules of dreams and how the actions that resolve dream related concerns cannot be done using logic.  It makes for interesting conversations and it becomes interesting to see how this character brainstorms ideas on how to solve the issues plaguing our heroes. 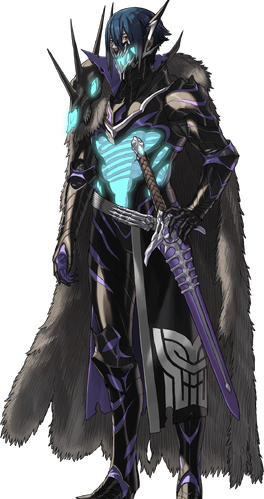 Appearing in Book Three Lif serves as an enemy of the kingdom of Askr and our heroes initially think that this person is a reanimated corpse of Lif the first king of Askr; however, soon find out that is far from the case.  Instead, this Lif is actually an alternate version of Alfonse who failed to project Sharena from the Book Three antagonist Hel.  In order to save his world, he forged a contract with Hel.  This forces him to become your enemy because if he defeats you then his world is saved.  When Alfonse finally pieces together what happened and confronts him face to face the conversation is one of the darkest most twisted exchanges I’ve ever seen in the series.  Such a tragic character that shows under the worst circumstances even the best of us can be victims of a cruel twisted fate.