Anime has a wide range of moments that just hit us deeply on the emotional level.  These moments are often found at major climactic moments of a show and can fundamentally change how the show continues from that point forward.  Now all of these are based on my own opinion and my reasoning for these moments will be provided.  Since these moments are at huge points in the show expect some significant spoilers below. Also I know a lot of these scenarios have happen endings, but these are taken at the context the viewer knows at the time these moments happen. 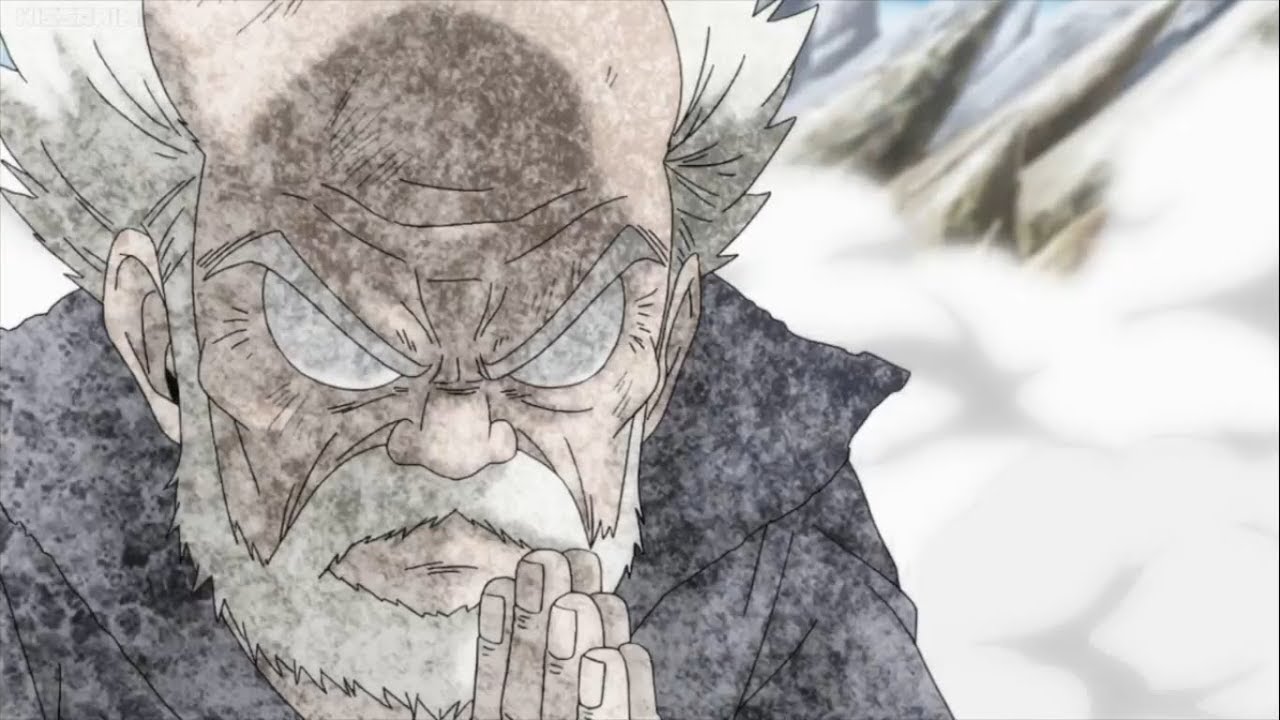 Makarov is the guild master of the Fairytail guild who plays a father feature for all of the characters.  He often speaks of the importance of a father to protect and nurture his children; however, towards the end of the show the guide is fighting in a war where the odds seem slim for their survival.  Makarov ready’s himself for a huge attack to wipe out most of the enemy which will in turn cause him to die.  The entire guide tries desperately to stop him and even the first master of the Fairytail guild tries to explain she has a plan for victory.  However, he explains that regardless of any plan he chooses the path that quickly keeps his children out of harm’s way and that was the only way to do it.  With a final send-off of clips that show his fatherly love to his guild he unleashes a huge attack, Fairy Law, and in a blinding light most of the enemies were wiped out as Makarov’s body, now turned to stone, stands tall and triumphant. 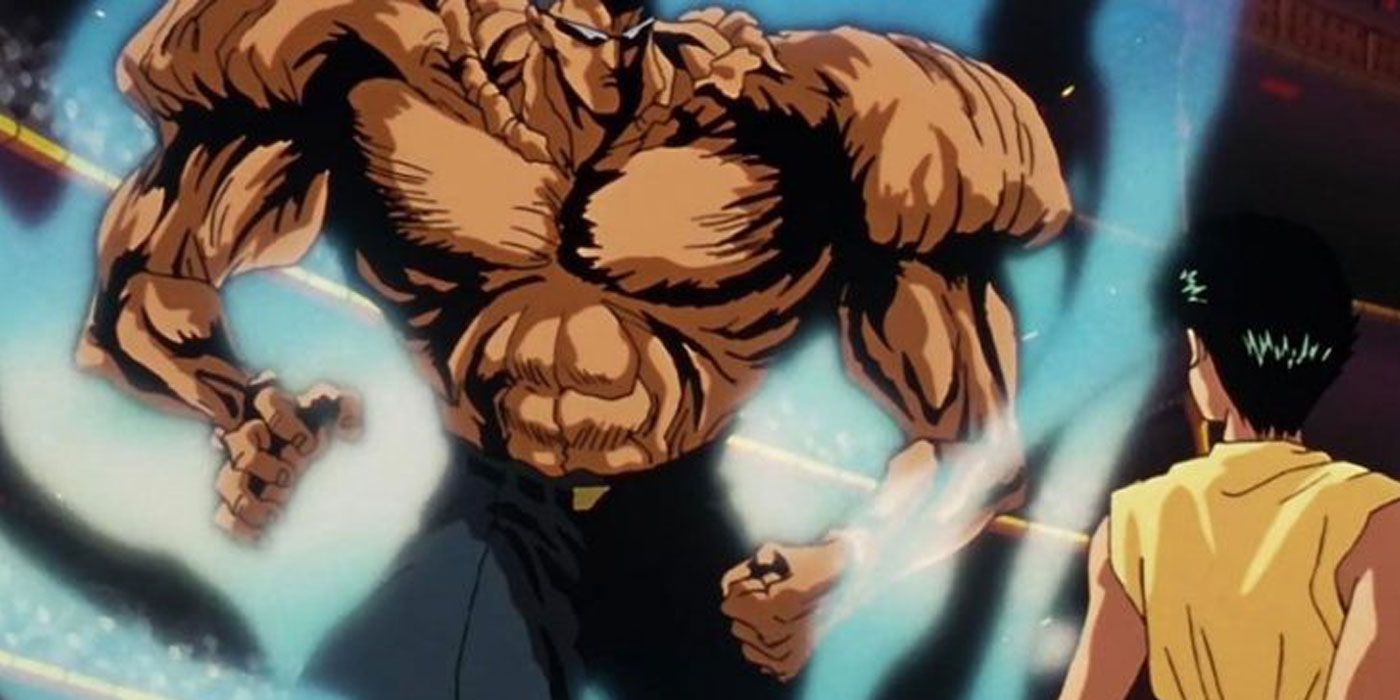 A battle between Yusuke and Togoro at full power has been teased for numerous episodes and when it finally happens you can cut the tension with a knife.  The battle goes through very traditional big anime fights with the fighters exchanging blows with the characters steadily increasing in power to try and overcome each other.  Where this battle detours from the expected is when Togoru kills Kuwabara, the best friend of Yusuke, in order to force more power out of him.  As expected Yusuke summons tremendous power but the emotional hit comes from how different this experience is from similar ones in other anime.  Instead of Yusuke summoning intense rage for Togoro he is instead angry at himself for failing to protect his friend and he attacks himself for his failure.  His anger and sorry radiate as his power increase dramatically. The battle soon ends with Yusuke firing everything he has in one shot and while it appears to have failed to earn him victory, after a couple minutes it’s revealed the shot was powerful enough to kill Toguro but you see from Yusuke’s eyes that he doesn’t feel victorious as he stands the lone victor. I have to give props to the dub voice actor Justin Cook for an incredible performance nailing all of the emotional shifts Yusuke goes through in this fight.

3. Now It’s Your Turn  from My Hero Academia 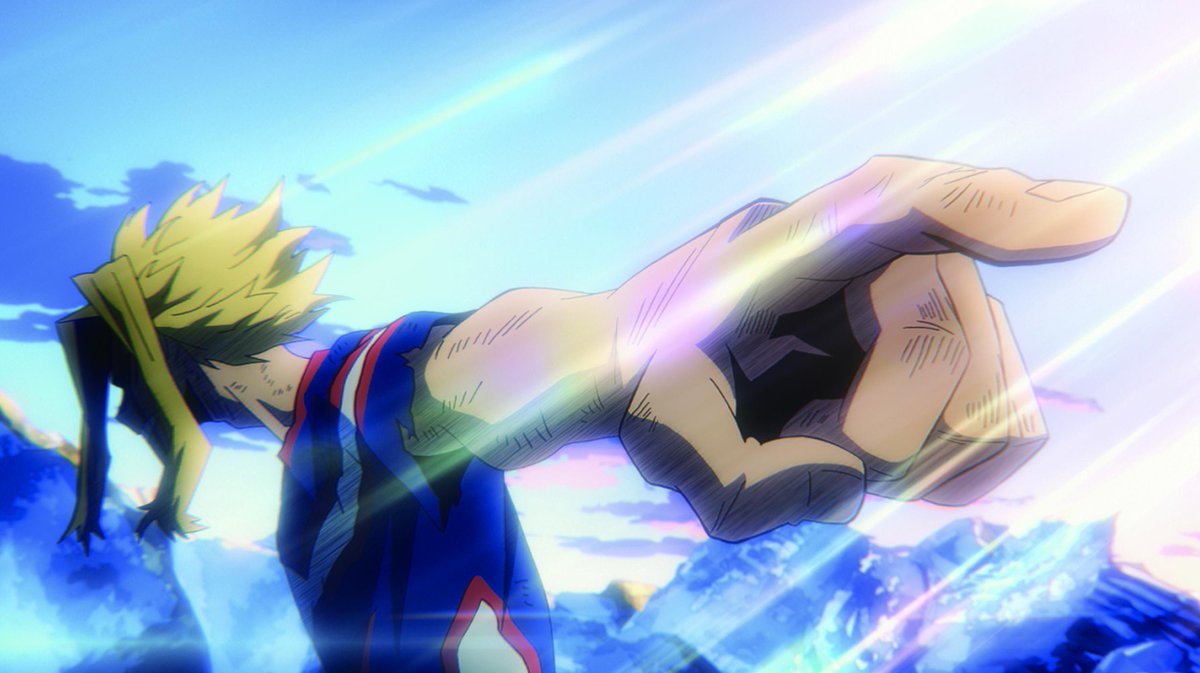 All Might had stood as the symbol of peace and justice for all of the people; however, in an intense battle with his enemy All for One, All Might uses the last of his power to stop his enemy and save the people.  When a reporter is at the scene All Might points and says “Now it’s your turn.”  To most people who don’t know of All Might’s power loss, they take it as a warning to all future villains when really it’s a message to Deku the one who inherited All Might’s power and actually means he is the next one to use that power to become the symbol of peace and justice.  We then hear Deku’s thoughts as he explains the real meaning of All Might’s statement and we watch as a figure that has played a pivotal role for 50 episodes of the show and has become an inspiration for so many viewers gets sidelined permanently.  It gives a feeling of uneasiness as you wonder what will happen now that the show’s number one hero can no longer protect anyone and that revelation is heartbreaking to watch.

2. Ash is Petrified from Pokemon The First Movie 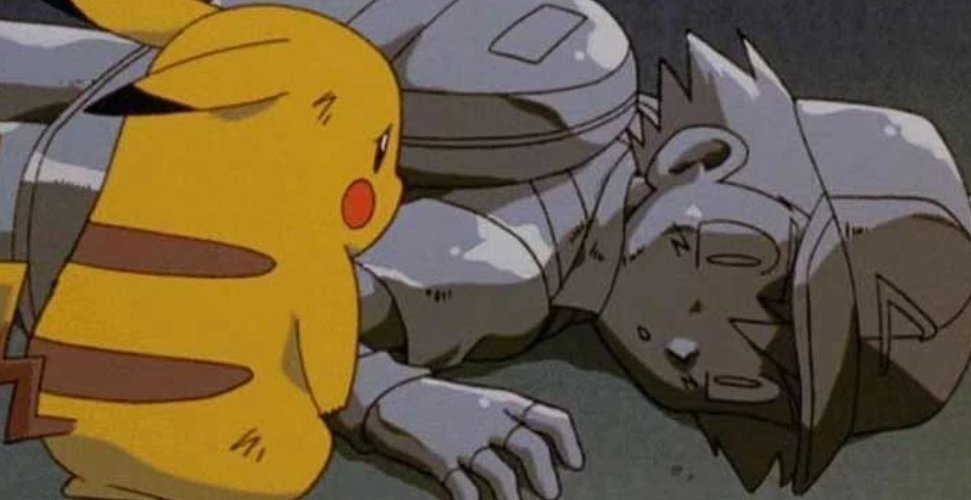 Now I can’t speak too much for Pokemon today but I actively watched the earliest seasons of Pokemon and wow was it full of emotional moments.  None of them surpasses the moment where Ash tries to stop a battle between Mew and Mewtwo.  As they attack each other Ash gets caught in both of their attacks and his body becomes petrified.  His best friend and partner Pokemon Pikachu rushes to his aid and tries to use electric attacks to revive him, but nothing works.  What makes this so hard to watch is the tonal shift in how Pikachu cries.  First you hear the fear and concern in its voice as it desperately tries to help, but it slowly morphs to sorrow and terror as the realization that nothing can be done sets in. This moment is long enough that even the viewers, myself included, were wondering if this was the end for our lead character.  In the end all of the Pokemon regardless of friend or foe came together and wept for Ash and their tears brought him back.  I have yet to see anyone who can watch this moment and not get teary-eyed from it.

1. Death of Jiraiya from Naruto 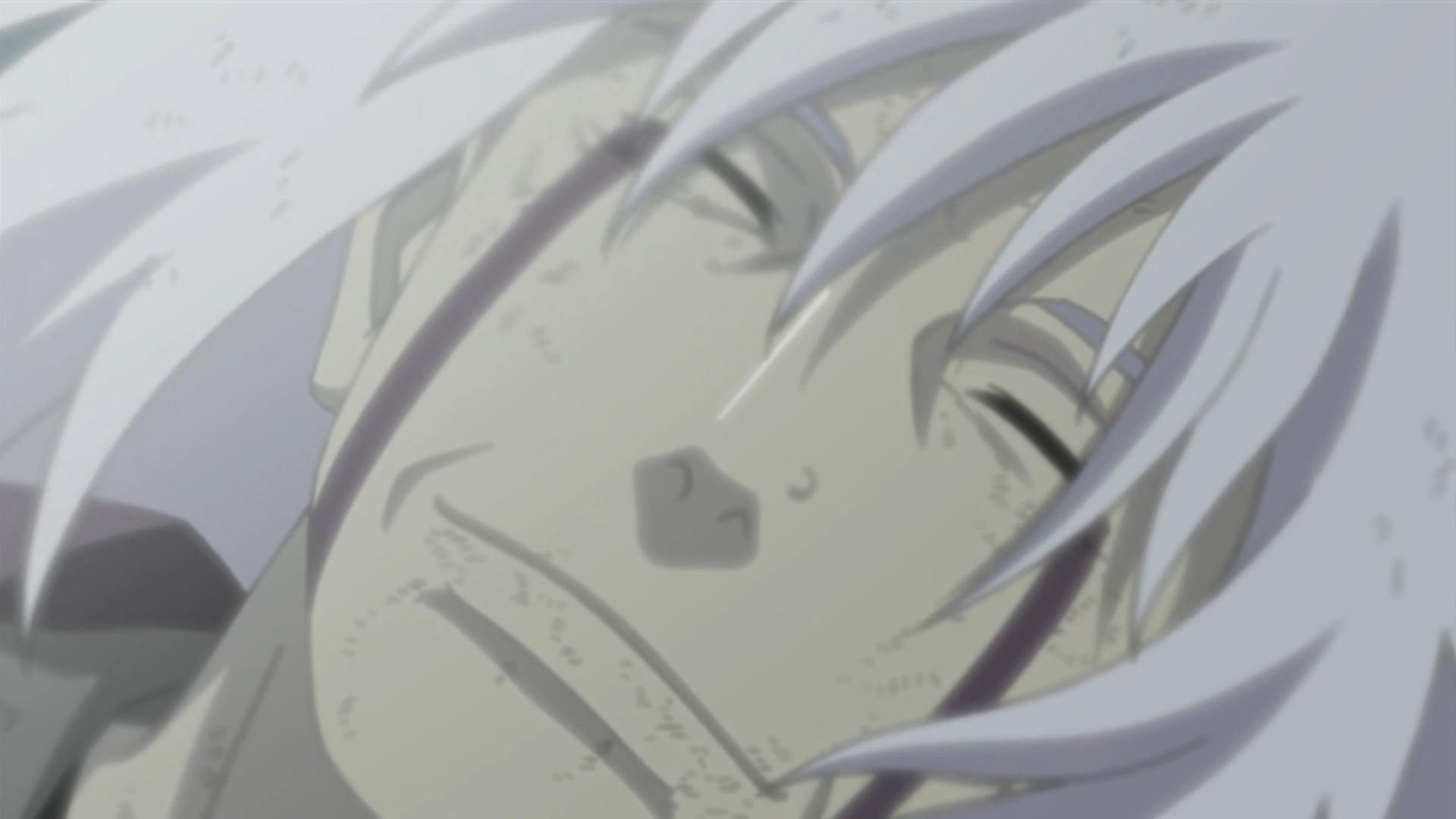 Jiraiya is easily one of the most beloved characters in Naruto and he plays a pivotal role to the story.  He serves as Naruto’s teacher, he is strongly connected to some of the show’s biggest antagonists like Orochimaru and Pain and his charisma adds a nice touch to any scene he’s in.  When Jiraiya tries to defeat Pain he unfortunately fails and is hit with several blows that put him in a state where death is fast approaching.  We then hear his thoughts as he laments on how his life was nothing but failure and the moment where he says “What a worthless story it turned out to be” you cannot help but have a sinking feeling knowing that such a lovable character felt that way about himself.  However, then his thoughts shift in tone as he recalls some of the positive things he’s done such as mentoring a student that never gives up and as his teacher he refuses to do the same because as Jiraiya says  “everyone knows a student inherits their ninja way from their teacher.”  In his last moments he sends a code out to help Naruto defeat Pain before he sinks to the bottom of the ocean and provides us with one last thought.  We watch as he sinks with a smile on his face, happy that his story will end a bit better.  As a writer he realizes that is the point to put down his pen and that is the big moment where it’s clear to all of us this is the last time we will see him and it’s a real gut punch.  In his final statements he leaves his hopes and dreams to his pupil Naruto, the protagonist of the sequel to the Tale of Jiraiya the Gallant.  Again I have to give props to the voice actor David Lodge for a performance I feel that should easily be regarded as one of the most amazing voice acting performances in history. His delivery sold every tonal shift of this whirlwind of a final chapter for our beloved Jiraiya.