So just like last year I decided to make a list ranking all of the conventions I went to this year.

It was an easy choice to put this convention on the bottom of my list.  There just wasn’t much to this convention.  I tried panels, I looked for guest events and really couldn’t find much to do.  I got the autographs I wanted, but never had I wished I arrived to a convention later.  I spent several hours just playing video games out of boredom.  I for sure will not come back to this event. 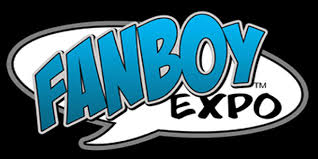 This convention is near the bottom because of how poorly everything was ran.  They had so many VIP attendees that it was near impossible for a regular attendee to get any autographs in any decent length of time.  The venue was so hot Hellboy actually passed out.  The photo ops were so far behind that it took three hours to get a photo and one of the staff members had such a bad attitude and even placed one of the photos in the floor.  It saddens me to harp on this event considering it was the first convention I’ve ever been to and started this whole convention adventure all those years ago.

I don’t want to put this event so low on this list but it was a disaster this year.  The convention tried to grow much faster than it was capable of handling and for Saturday the event flat out imploded on itself.  The crowds were horrific, security made lines way too long and some guest had lines so long and moving so slow that many people left unsatisfied.  I will still go to this one again because it’s the one convention I make a yearly event, but I am a little wary going into 2019.

The main reason I have to put this event so low on the list is my own fault.  I just didn’t do a lot at this event because I didn’t feel like it.  I was tired going into this trip and when I saw how massive it was I got overwhelmed.  This is a convention that I need to plan more carefully next time because I won’t be able to enjoy it like I should at less than full stamina.

Megacon Orlando was a very fun event and I had a relaxing time; however, it had a recent acquisition of Florida Anime Experience which teased more anime involvement at this event which was not delivered.  This disappointment really lessened my opinion of this convention, but it was still enjoyable enough to place this towards the middle of my list.

MTAC was fun and it was really easy getting everything I wanted out of this event.  It was really nice having a host hotel for this event and made it easy to take breaks and relax when there wasn’t anything going on that I wanted to be apart of.  The panels were good and it was easy to navigate around this event.  I am considering this event for 2019. 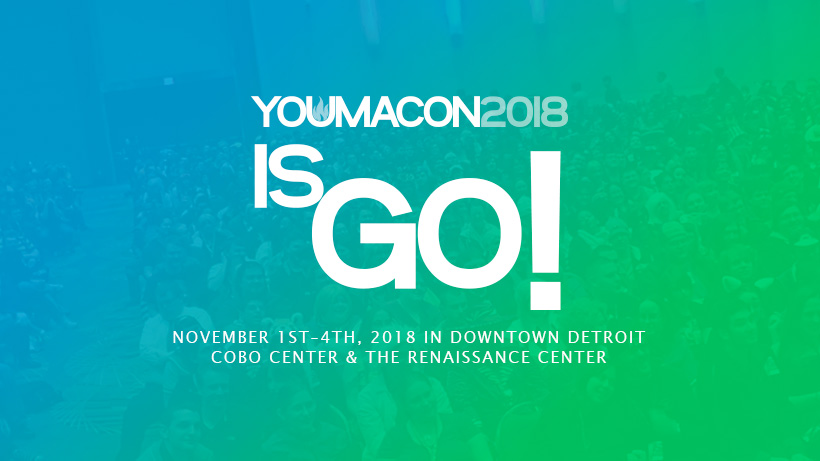 Youmacon had great panels and great guests which motivated me to make the seven hour drive.  It’s only issue was the fact that one of the buildings was hard to navigate around.  Other than that the event was so much fun.  The games were fun to be apart of and I had a full weekend of things to do.  If it was closer I’d likely go back in 2019, but it’s just too far away and not big enough to justify that much of a trip.

The guest list at this event was amazing.  So many great people to meet and so many autograph lines going off at once.  The vendors were massive and it was so much I didn’t even have time for panels.  I’m highly considering this event for next year. 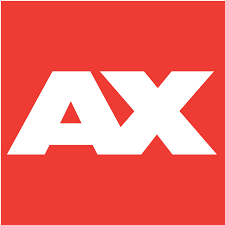 So I’m sure it’s a shock that this is number two and not number one.  It was an event to remember and while I thought I wasn’t going back earlier, I actually made plans to go back again in 2019.  The only real issue with this event is the price.  It’s so expensive that it takes a lot of researching of events to feel like you are getting your money’s worth.  If the price wasn’t so high it would be number one, but you have to dish out $500 for a premier pass to really get around at the events.  It’s worth the price but it hurts the wallet for sure.

This event took a pretty low spot last year for it’s horrific autograph sessions and while those sessions remained for 2018 the con had more to offer.  The event offered a new badge which offered an amazing autograph session with every guest in one session and a guaranteed autograph from every guest.  This was a dream come true for this event and I got all of my autographs so quickly that I was able to go to four panels in the same room in a row.  I shopped a lot at vendors and I played several games.  The badge was not expensive and gave me a lot of time to enjoy the event.  I’m looking into the guests for next year to hopefully go back again, as long as I get my hands on the Plus UP badge.