I enjoy watching the entire Sword Art series so once I got hulu I had to give Gun Gale’s spin off a try.  I wasn’t sure what I would think of it since it wouldn’t feature any characters I was familiar with nor did I expect the same tone as Sword Art Online.  The story is about a girl who is disappointed with her tall height and looks to get away from the stigmas that associate with it.  She makes her way to VR games where she names her avatar LLENN who is a tiny character that makes for a perfect escape; however, she finds more adventure than she bargained for with her new friend Pitohui. 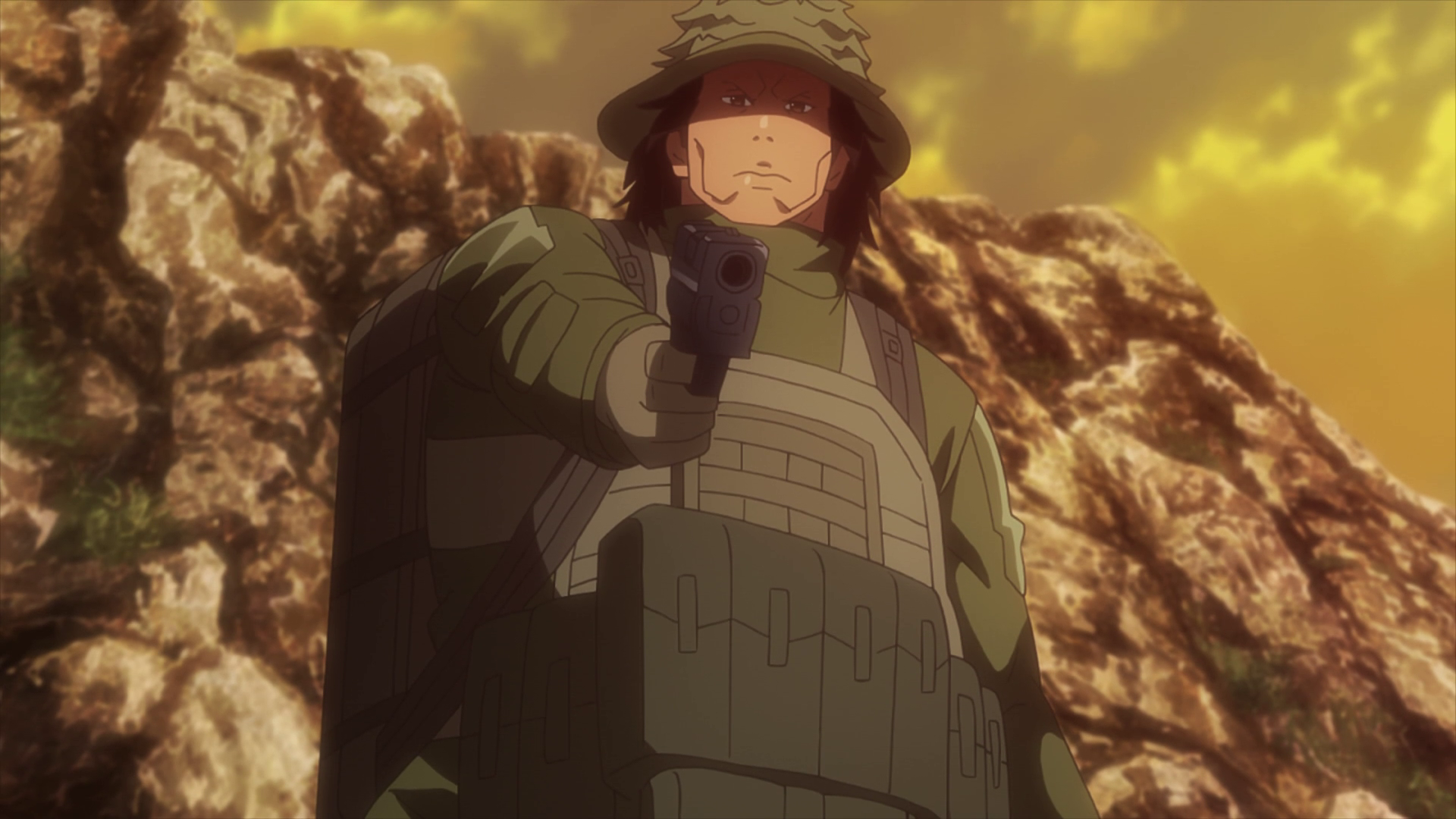 I want to first start off with the characters.  None of them are all that complex, but then again that’s really not a problem as there’s not enough space in this series to fit complex character development and the action scenes. LLENN is a lot of fun to watch and comes with a great vibrant energy.  The cast comes with a whole bunch of enjoyable characters.  The side characters are boisterous and add to the energy of this show.  The most interesting character is Pitohui who decides to recreate Sword Art Online’s death game in Gun Gale by committing to kill herself if her HP drops to zero. 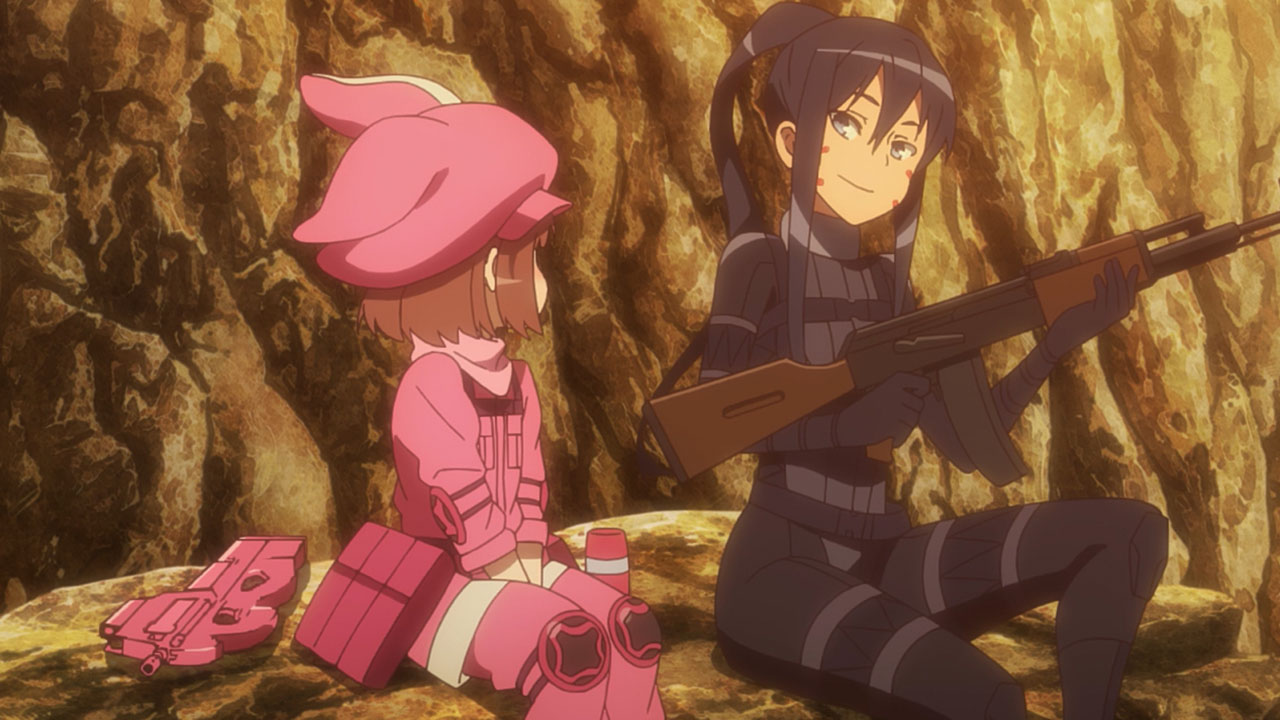 The plot is pretty simple as well which works very well for this story.  Instead of making a complex plot the show really ups the action and gives these thrilling and lengthy moments of non-stop action which had me wanting to watch more and more.  Guns are firing everywhere, bombs are going off, digital limbs are flying everywhere and there’s a character that duel wields grenade launchers. The plot itself is all about how LLENN learns about the world of VR and winds up having to save her new friend Pitohui, from herself.  By making the plot very simple it really allowed for the dynamic characters and the action to shine.  The plot really focuses on only the characters and the fact that the characters are fun to watch by default makes the plot entertaining.

Overall this was a fun series.  It had a few, very few, tie ins to Sword Art Online but it really stands apart as its own thing. Sword Art had a lot of elements to the story and has some pretty emotional moments, do not expect this in Gun Gale.  Gun Gale’s story is very simple and character driven which works with the entertaining characters and the very intense action scenes.  I don’t feel there’s enough to this story to ever consider a season two; however, season one tells a nice complete story that was fun from start to finish.