While I love the character Tien, he was a clear choice for the last spot on my list.  It wasn’t just the fact that he had few eliminations but also how he was eliminated.  He did an amazing job eliminating a tough enemy with sniper like attack capabilities; however, as soon as Tien defeated the enemy, he let his guard down and that left an opening for Tien to get eliminated.  It was smart thinking of Tien to have a clone nearby to take his opponent with him, but ultimately Tien had one shining moment in the tournament which also led to his elimination.

Krillin didn’t die so that’s a big improvement for this character; however, like Tien, he didn’t have many shining moments of the tournament of power.  He managed to use his super new move the solar flare x 100 on the one blind enemy in the tournament, but he also adapted and used scent to distract the same enemy and eliminate him.  He also had some great assists for Android 18 and at one point saved her from elimination.  This rescue is the main reason he is placed above Tien; however, his bravado was short lived as he was eliminated soon after.  He eliminated his enemy and then turns to Beerus and grins which left him wide open.  Seriously Krillin why would you turn your back to the contestants of the tournament of power while standing next to the edge. 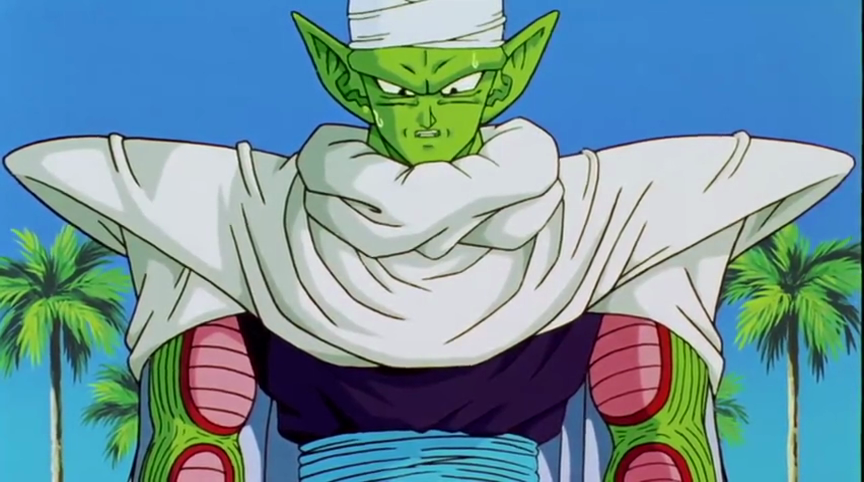 Piccolo had some good eliminations such as the illusion user of Universe 4 and he provided some amazing assists to Gohan which led to several eliminations.  He did a solid performance in the tournament, but he himself had few eliminations and he was eliminated in a horrendous fashion.  He stands near the edge looking for an enemy he can’t see and gets bombarded by a sneak attack and falls off the stage.  This is a very odd choice of action for Piccolo as he knows very well the value of a tactical retreat, which would have been a smart choice to make to get him to a more stable section of the ring and lesson his risk of falling off the stage.

Android 18 was not messing around in this tournament as she took down some powerhouses of universe 2.  She lasted a long time in the tournament and cooperated well with Krillin and Android 17 for some combo moves.  She even gets an injured foot and continues to go around fighting.  What was really amazing about her performance was how she was eliminated.  She fell off the stage to take Android 17’s place.  He was about to fall off the stage and she jumps off and pushes him back to the ring, thus eliminating herself.  The reason she did this was because 17 was not injured where as she had an injured leg. She clearly saw the advantage in 17 staying over her and made a very tactical decision.  Plus she’s the first person on this list that didn’t get eliminated by doing something stupid right at the end of the ring. 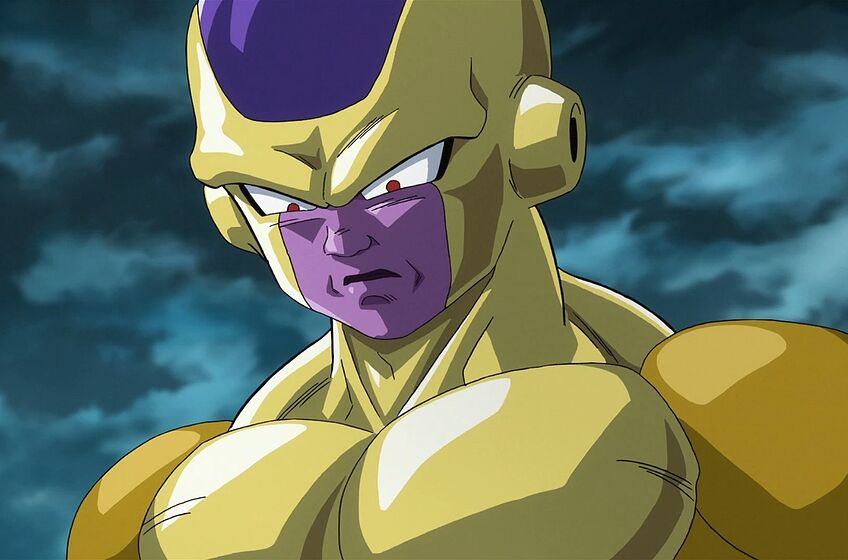 Yeah I’m sure this will be a shocker for most readers.  Frieza was one of the ones that eliminated Jiren, the most powerful enemy in the tournament.  Yes he did help to eliminate the big gun and eliminated several other enemies, including the elusive Frost.  He even provided Goku with some energy to help him continue fighting; however he also had some very horrible actions which lowered his performance rating in my opinion.  At one point Frieza offers to join universe 11 in an attempt to save his own skin, luckily they refused.  In order to eliminate Frost, Frieza had to use deception which resulted in a few punches with Gohan, which is not a smart play when the point of the tournament is to keep as much stamina as possible in order to keep fighting.  Frieza also had the responsibility to keep energy attacks going to limit an enemy’s movement for Gohan; however, he was unable to keep the attack going long enough for Gohan to take the enemy out.  Frieza also stood there and took and attack from Toppo just to showboat and wound up taking serious damage and lost the strength to use his most powerful form. Ultimately Frieza’s ego caused more energy to be exhausted from Universe 7 which is why he isn’t higher on the list. 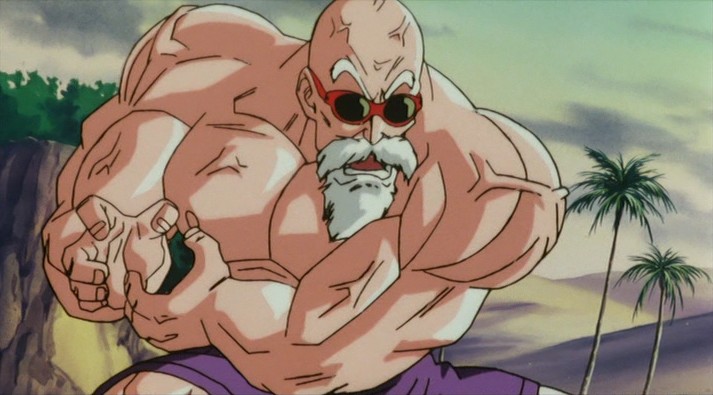 Master Roshi had some amazing moments in the tournament.  He used his wit to know which enemies would be poor matches for Goku and the others and he used his experience to eliminate those opponents.  He was also faced with stronger and faster enemies but still proved to be the better fighter by understanding his foes and using that to avoid taking damage while moving and exhausting as little energy as possible.  It was his smart way of fighting which made it possible for him to use attacked like the Mafuba, which killed him in one use many episodes before, numerous times.  He did fall for Frost’s trick which almost led to Vegeta getting eliminated; however, Roshi’s quick wit was enough to rectify his error and keep Vegeta in the tournament.  Furthermore Roshi didn’t get eliminated by an enemy.  Instead he just used up all his strength and fell off himself.  He wasn’t overpowered, he was very careful with his decisions, he picked enemies that would prove to be poor matches for his allies and he just made for an incredibly useful ally in the tournament. 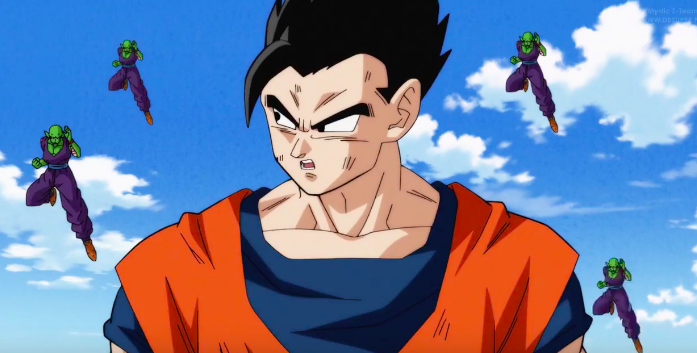 Gohan eliminated several enemies in the tournament.  He was also very tactical during the tournament as he instantly knew a smart option was for his team to stick together to avoid getting ganged up on by other universes.  This helped the members of universe 7, who listened, keep fighting in the tournament.  He also went up against several enemies with unique abilities such as an enemy who used his energy to make feints.  Gohan quickly figured out the quirks of his opponents and came up with counter measures to defeat them.  His elimination was also helpful.  He was fighting Dyspo, a very fast enemy, and his plan to limit Dyspo’s movements failed, thanks Frieza, so he knew he had to grapple Dyspo and cause a double elimination to keep Dyspo from being any more of an obstacle.  Overall Gohan was smart and adaptive which proved useful in the tournament. 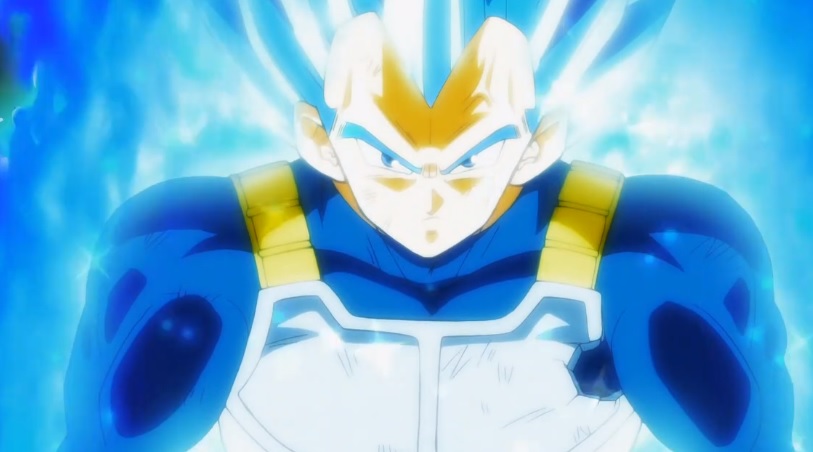 Vegeta racked up eliminations left and right as he helped to eliminate most of universe 9 and several members of other universes.  He wasn’t very tactical as he fought; however, he was incredibly successful at taking enemies out.  He also eliminated Toppo, who had the power of a god of destruction, without any assistance.  He learned a new form of Super Saiyan Blue.  He also provided Goku with the last of his energy as he was eliminated by Jiren.  There’s not a huge reason why Vegeta is high on this list, he just kept winning till near the end of the tournament.

Of course Goku would be high on this list.  He is the title character after all and had several eliminations, including Jiren.  He also learned a new power up during the tournament which led to all of the gods of destruction standing in awe of his amazing power.  Like Vegeta, Goku is on this list for just winning one fight after another and the main thing that separated him from Vegeta was the elimination of Jiren

The main reason Android 17 takes the top spot was his tactical approach to the entire tournament.  I feel the tournament of power is a huge test of endurance so it’s vital to be smart or else you won’t last long.  Android 17 made smart decisions such as targeting one of the few enemies with the ability to fly to avoid the enemies saving each other.  Blasting enemies as they are transforming to avoid giving them a chance to power up and realizing that he didn’t have to beat his enemy to win the tournament, just run out the clock with your universe having more people in play.  He also saved several of his allies during the fighting including Frieza, Android 18, Vegeta and Goku.  He and Roshi were the only ones that used tactics and strategy during their entire fight; however, Android 17 managed to be the last man standing in the tournament and had several moments where his tactics shown.  Android 17’s approach to the tournament easily made him the MVP.