When fans everywhere found out Dragon Ball Super was going to feature a new Broly made to fit into the main continuity of the Dragon Ball series the internet went ballistic.  Broly was always one of those Dragon Ball movie characters that fans loved and enjoyed but due to him being movie exclusive he had no impact to the main story of the show.  For the most part the movie villains have been very lackluster and forgettable but let’s look at why Broly managed to stay so important to the franchise.

Broly has very little dialogue in his movies which actually turned out to be a good thing.  Instead of the usual pauses that every villain gives our heroes in order to talk, brag or kill Krillin, Broly just keeps coming.  He has only a few one liners and he literally spends the rest of his time yelling and pummeling the Z fighters.  The only pauses we tend to see in his fight scenes are the ones where he pauses to give our heroes a chance to get their faces out of the ground; and without dialogue he doesn’t take long to give Goku and the others a second face-plant into the dirt.

He comes with an awesome soundtrack

If you’ve seen the movie versions where Broly is charging at the Z fighters to the tune of Pantera then you have experienced Broly at his most epic.  The sound track combined with his complete and utter beat down of the Z fighters made for one of the most intense fight scenes in all of Dragon Ball Z, GT and Super.  Good music can make or break a movie and the song choices were smart for this one.

He laughed at a Kamehameha wave at point blank range

Goku’s signature move has had some mixed results ranging from useless to completely destroying an enemy; however, no use of the blast has ended so hilariously bad for Goku than when he used it on Broly.  He was at point blank range and fired his blast but Broly wasn’t impressed.  He just took the hit without any effort to dodge or defend and after a quick laugh proceeded to hit Goku so hard they had to pan out to Vegeta during the impact.

He completely humiliated all of the strongest Z fighters 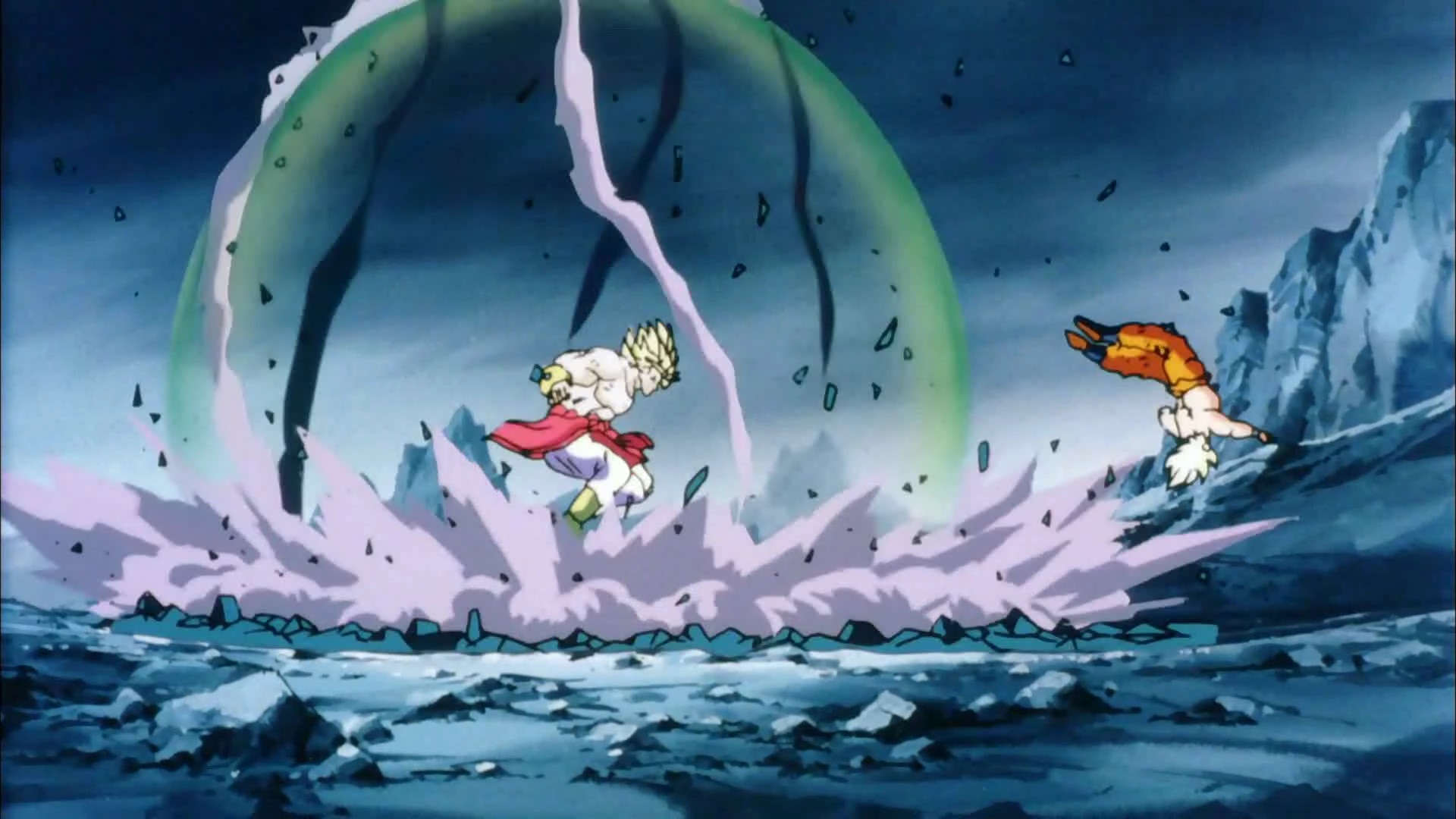 We’ve seen enemies beat up our heroes time and time again and sometimes they have a pretty easy time doing so; however, the way Broly did this was unique only to him.  Usually when our fighters are easily beaten it only takes a couple of hits and they are down but in this movie they kept getting up.  He jumped on Goku repeatedly, he crushed Vegeta’s skull on a rock, closed lined Trunks and Gohan at the same time right before kicking an already down Piccolo.  What makes it so bad is the fact that he literally makes the Z fighters look like easy level opponents in a fighting game because for almost the entire time they couldn’t land a single effective hit.  Our heroes spent more time on the ground fighting this enemy than any other in the history if this franchise.

Overall what made Broly so amazing was the fact that he has been seen as the most dominant antagonist in the history of the show.  He takes hits because he knows it won’t hurt, he attacks and wastes no time for small talk and he just crushes our heroes over and over again.  This time with Broly being part of the main Dragonball continuity, our fighters will remember the beating they are about to endure.