I meant to do this earlier but time got away from me and I finally got a chance to sit down and just type up my thoughts on this amazing series. This Gundam series features a bunch of orphaned children from Mars that are fighting to find their place in the world.  In the mist of it all they get caught in political conflicts between people either trying to make policies to protect orphans and those who fight to keep the status quo.

I love this series for so many reasons.  First I want to talk about the characters.  The show really makes so much depth to a lot of these characters to where the viewer really understands how these children think and feel.  This really establishes a strong connection to the ambitions they have and it makes it almost second nature to cheer these characters on and hope that they get what they are fighting so hard to obtain.  The show also does a great job at casting incredible talent such as Cherami Leigh, Kyle MCcarly and Johnny Young Bosch and these performers did a fantastic job at bringing these characters to life. 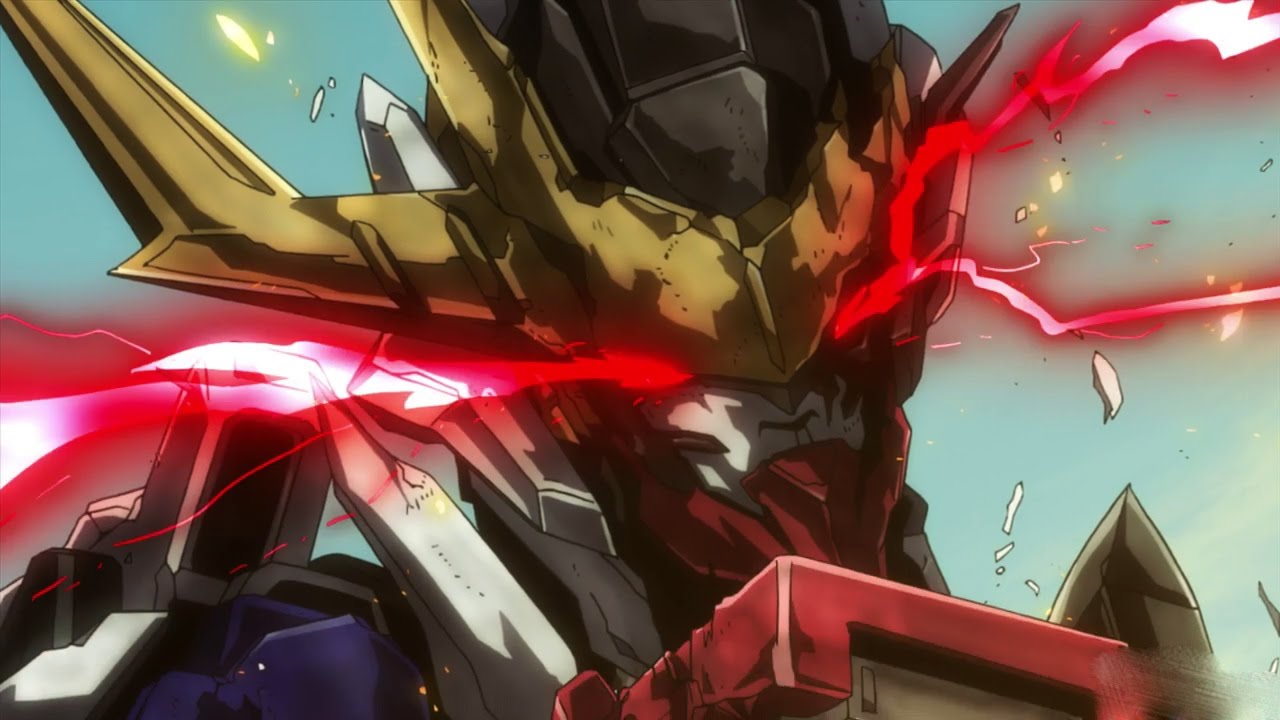 The story is also really well done.  It’s easy to think the plot is very simple because it is a bunch of orphans trying to live and deal with adversity, but then as you dive into the show you really see how this seemingly simplistic idea has so much depth and emotion to it.  It’s not just the fact that they want to survive but what they went through that motivates them to fight so hard and the story hits on that so much that you become invested in their dreams and aspirations.  It’s also about how these characters evolve because they start to see their goals come to life and they see a life beyond the torments of their youth and it slowly affects each character very differently.  Some become more open and calmer while others wonder if they can live a life outside of conflict.

Even though this show has characters that are more fleshed out than others, the story does a great job at giving most of the cast enough screen time for the audience to see everything unfold for them and the story leaves no stone un-turned as it makes every character’s story come to some form of resolution.  Another thing I like about the story is how everything makes sense.  Often times you’ll see plot changes that feel abrupt or feel forced to some degree, such as a new bad guy that just wasn’t around before or a mysterious item suddenly shows up; however, if anything like that happened to this show it was perfectly tied into lore that was already established.  The pacing was really well done to and the creators did a great job at taking their time to flesh out all the details before shifting gears to a new plot element in the story.   However I will say this, the story has a way of just ripping your heart out because it is an intense story that has incredible moments of sorrow and joy.  It’s quite a roller coaster and that’s something I was not expecting going into this show but I loved every second of it.

Overall I have no complaints about this series.  I never felt so emotionally invested in a Gundam series before and I’m a huge fan of Gundam.  The characters are great, the story is powerful and well executed.  Everything that happens in this show makes sense to some degree as long as you pay attention to all the details.  It’s a must watch for all Gundam fans and I think even if you’re not into Gundam you’ll still find yourself invested in the story.