I will start off by saying that this transformation was over hyped and underwhelming.  We first see Goku use this form in the Battle of Gods movie and again in the Dragon Ball Super retelling of the movie. When we see this transformation at first it’s amazing and it shows a crazy amount of power, but it ultimately loses in its debut and in the next movie Goku has another transformation.  It’s easy to forget this form even exists because the only other time it was used was briefly during the tournament of power where, like Super Saiyan 2, Goku quickly opted for a more powerful form.  The only reason why this form was higher on the list than Super Saiyan 2 was simple, at the time we see Goku first use this form it was his most powerful state, and that’s the only difference.

When Goku first used Super Saiyan 3, the transformation sequence was so epic that it was easy to think this form was going to have a powerful impact on the series.  It was Goku’s most powerful form in all of Dragon Ball Z; however, he could not be Majin Buu with it.  While he was able to hold his own with the most powerful foe of the series the form itself was just not strong enough to do the job.  In super we later see Super Saiyan 3 a few times and there was a really cool fight between Super Saiyan 3 Goku and Super Saiyan 2 Trunks, but overall Goku never won a major fight with this transformation, just minor ones.  The thing was he actually won a fight in this form and the initial transformation into this form was one of the most epic moments of Dragon Ball Z, so this form at least had an impact to the fans of the show, but not the enemies. 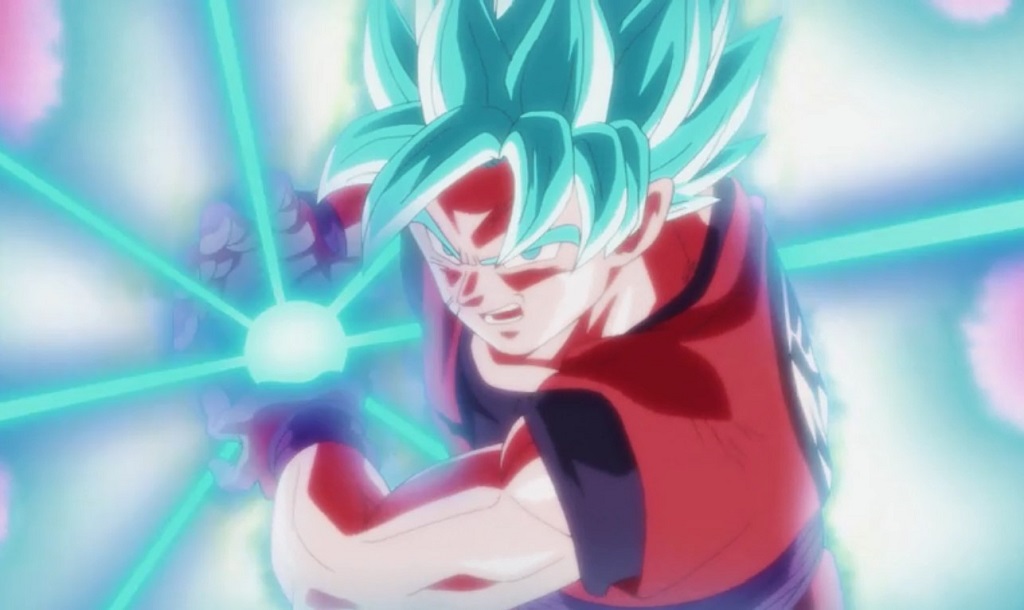 Honestly this is my favorite form design wise, but only because blue is my favorite color and I love how the aura around this form is drawn; however, Goku seems to have a thing for forms that don’t get the job done because Blue is just another form that has a very little impact on his enemies.  It takes him two attempts to beat Frieza with this form because of a cheap shot, he gives up in his match against Hit, he loses to Zamasu, Goku Black and Jiren with this form.  Frankly we see Goku get beaten in this form a lot, but why is it this high on the list?  Goku did manage to do some cool things with this transformation.  First of all he does beat a major enemy with this form, while it took two attempts, he still beat him.  This was something none of the previous forms mentioned managed to do.  He also managed to combine this form with the Kao Ken enhancement technique which made for an epic moment in his match against Hit and is one of my favorite moments in Dragon Ball Super and the fact is he kept this form as his most powerful form for a great deal of time.  With his other forms they were all overshadowed in the very next arc but Goku debut this in the Golden Frieza arc and it was his most powerful form in the Universe 6 and Future Trunks arc and managed to last till around the end of the Universe Survival arc.  But he does get beaten a lot in this form.

We have yet to actually see this form in full power but right now he has managed to do more with this form than most of his other forms.  He managed to beat Kefla with an incomplete version of this form and managed to just toss aside both Toppo and Dispo, two powerful enemies in Universe 11 of the Universe Survival Arc.  Furthermore this form was teased early on in Super as a form that even the Gods cannot easily obtain.  Ultimately the fact that Goku has yet to lose in this form, managed to beat or overpower multiple enemies and the sheer hype of this form makes it one of his most significant power ups.  Simply put, he had actually put this form to good use.

This was one of the only forms Goku has that actual made an impact to the series. First of all when it debut it was a huge deal because fans had no idea that Goku could do such a transformation. Furthermore he actually wins his fight against Frieza, gives him power so he can survive the aftermath of the fight and then beats him again.  He uses this form to push the spirit bomb and destroy the evil Majin Buu and uses this form to train Gohan to where he was able to ultimately transform to Super Saiyan 2 to defeat Cell.  In Super we see very little of this form but he also doesn’t get completely humiliated as a Super Saiyan.  So while this form was quickly overpowered by another form, Goku actually won fights with this form and managed to make a huge impact to the series.  So it was an easy choice to top the list with.