I am a huge RPG fan and after playing the original Xenoblade Chronicles I’ve raised the bar on what I expect from a good game in that genre.  While Xenoblade Chronicles X was very different I also greatly enjoyed that game.  So with raging success in finding an enjoyable series I did not hesitate to get the special edition and the corresponding pro controller for Xenoblade Chronicles 2, but did this game live up to the legacy brought to life by the previous two games?

The game takes place in the world of Alrest and much like the first Xenoblade Chronicles you live on traveling beasts called titans.  Only this time instead of two titans that are at war you travel on several smaller titans.  Some much much smaller.  Your characters wield weapons called blades which are kind of like the weapons on the anime Bleach.  Each blade has their own personality and corresponding weapons,  you could wield a fire sword or wind scythes, the possibilities were vast. The first thing I want to bring up is the graphics.  Normally I don’t care about graphics but the Xenoblade series has a reputation for breathtaking scenes and this game was no different.  As you walk on huge titans you see beautiful landscapes full of twists turns and hidden entrances that make for hours of exploration just to find all the nice places to go to.  The best part is how each location is vastly different so it gives a lot of different views to look for and all of them are equally amazing and outstanding.

The gameplay was really good too, I was expecting it to be a lot different from the previous installments but really it felt very similar.  So if you liked the gameplay of the previous games you won’t be disappointed here.  There were a few differences in the buttons you press and the integration of the blades makes some changes; however, the main change is instead of having access to all of your arts at one time, you have to change to the corresponding blade to get a specific art.  It’s not a bad change because I actually found it easier to combo attacks that go well together and this change makes it easier to form strategies mid combat. For example I have one blade that’s good at healing, another that’s good for toppling enemies and another that’s good for launching them and I pair up blades for my allies for status that chain well with my blades.  I found it easier to focus on choosing a move set so instead of looking at 10 moves per character I’m looking at three moves per blade to go with each character and it felt less overwhelming to decide the best combination. Plus the game does a great job at providing easy to see icons that tell you who is the target of the enemy, the elemental damage the enemy is taking and the status of the enemy such as if they are launched, toppled, etc.  In the previous games I found it difficult to tell these things and it was hard to focus on the battle enough to look for them, but this time it was so easy and it was a very helpful change.

The story was really good.  The Xenoblade series does something unique with their stories.  Usually the player has access to a lot more details than the characters because the game reveals details outside of the character’s knowledge, but this series tends to have characters that know or see so many more details than what the player knows and it leads to several moments where you are just blind sided by a random fact or a huge reveal, and this game has several of those.

The only problem I had was the side quests.  In Xenoblade Chronicles X I loved most of the side quests as they did a lot to expand upon the game’s lore and you got to see more of what the game had to offer, and the only quests I didn’t like were the fetch quests to get specific items.  Xenoblade Chronicles 2’s side quests seemed to way tone down the quests that add to the game and really increase the number of fetch quests.  I lost the excitement for side quests that I had in the previous game.  The quests are still fun to do but I really didn’t feel as rewarded for them as I did in Xenoblade Chronicles X with the exception of quests that were resolved around the blades, those quests were full of great story content.  Overall though the number of blade centric side quests and the main story have enough content to easily make up for that shortcoming. 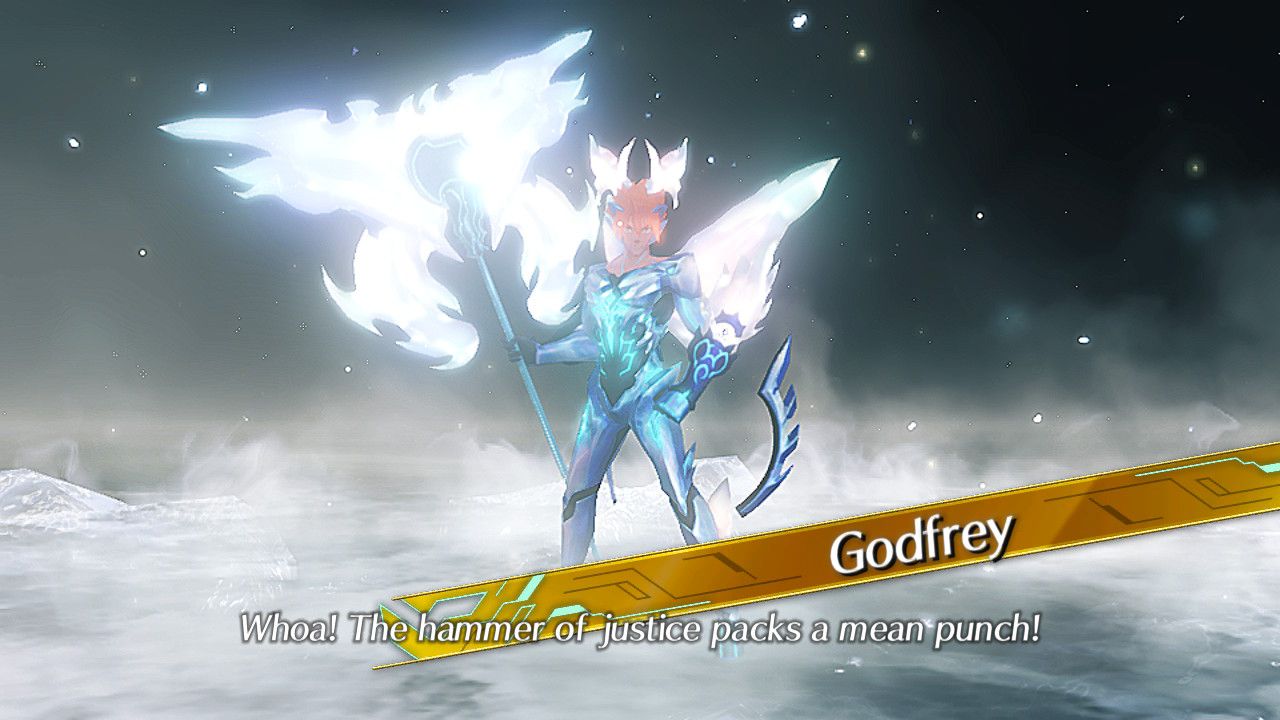 The characters were really great and I think they were vast improvements on the previous two installments.  For example, I really didn’t have much interest in one of the game’s species the Nopon.  They really just felt like they were there for comedic effect even if one was in your party; however, Tora the nopon member of your party was extremely likable and had more character development than any other Nopon in the history of this series.  There were even convincing Nopon villains which were really amusing to deal with.  All the characters come packed with details and have a way of just becoming special to you so that you become really invested in their stories.  Even the rare blades are developed with heart to heart cut scenes so it was interesting to see the personalities of each blade as I traveled the world of Alrest.

Overall this is a great game.  The story is great, the gameplay is great and the asthetics are great.  I didn’t find anything notable to bring up in this game that was a huge change from the previous installments so in my opinion it will not increase the fan base, but if you’re already a fan of the series then this is a must have for you.