Fire Emblem Awakening will always be known as the game that saved a series.  In a world before Awakening, Fire Emblem was a very unknown franchise only brought to the U.S due to the popularity of Marth and Roy in Super Smash Brothers Melee.  Unfortunately, the series went through five games and the sales were low enough that Awakening was going to be the final game released worldwide. While Fire Emblem Awakening sold well enough to continue the series, it does pose the question how did this game do what five previous titles could not? 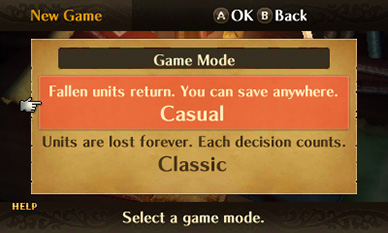 First and foremost, Fire Emblem Awakening had a casual gaming mode which turned off its polarizing feature the character’s permanent death.  The first five games repelled some gamers due to its reputation of being difficult, even on easy, and any mistake could cost a player a valued character for the entire game.  While longtime fans of the series loved this feature it also hindered the game’s growth in popularity, but Awakening can be played on a casual mode and the characters that die just come back in the next chapter.  This gives players that enjoy the gameplay a chance to try out the series without the stress of losing a potentially beloved character.

The second thing that really helped was the amount of marketing done for the game. The game was featured in television commercials, ads in magazines like Game Informer and garnered a lot of attention from online media sources.  This game was shown over and over again to where it had to be noticed whereas the previous games had significantly less publicity.  Where many people had no idea Fire Emblem had five games worldwide, most gamers had access to some sort of marketing for Fire Emblem Awakening, and when a game gets attention it sells more.

The game also had absolutely beautiful presentation, the trailers were very eye catching without revealing too much of the story.  Many games suffer from trailers that just don’t capture a game well, but Fire Emblem Awakening’s Trailer not only had great visuals, but an amazing soundtrack to go with it.  It was one of those trailers that really gets a gamer pumped about a game and eager to know more.

Nintendo released a limited edition 3ds to go with the release of Fire Emblem Awakening.  Anytime a limited edition of anything shows up it garners a lot of attention and it was also fortunate that the design of the 3DS was one that was widely praised by 3DS fans. The mere thought of something being limited edition quickly gets some gamers attention and makes it very enticing to try and get it knowing that only a few people can obtain it.

The final reason the game did so well was due to the game’s entertaining story and compelling characters.  Many characters in the game had unique characteristics that led to many memorable quotes such as Frederick’s “Pick a God and Pray”, Robin’s “time to tip the scales” and Henry’s “Yay Blood.”  The story, while nothing unique, was really well told and had a grasping storyline with an interesting twist that made the game really engaging and even had some moments that got players emotionally involved. Yes, I am talking about Emmeryn’s sacrifice.  I actually had the honor of talking to Erin Fitzgerald, the English voice actress for Emmeryn, who stated that she actually got teary eyed while recording her lines. Such quality is quick to get recommended by players to players to motivate other people to try out the series, this was how Fire Emblem Awakening continued to do well after its release.

So that’s how Fire Emblem Awakening did well.  The game was well marketed so people were well aware that the game existed, the game was presented well, came with limited edition merchandise, changed features to be more welcoming to new players and overall the game is just fun to play.  As a longtime fan of the series I was so happy to see Awakening do so well because it means more Fire Emblem for years to come.

2 thoughts on “How did Fire Emblem Awakening Save the Series?”