I am a huge fan of the Fairytail anime series so when I saw that the Nintendo Switch was getting a video game adaptation that featured some of my favorite moments from the show, I had to get a copy. The anime features a wizard guild known as Fairytail and tells their story of how they reach the top of the wizarding world and defeat many dark guilds along the way.  The star of the show Natsu has mastered a magic style called Fire Dragon Slayer Magic which he uses to assume all the powers of a fire dragon, and while the game really does a solid job at animating our favorite characters from the show at times I couldn’t help but feel like our fire wizard was a bit watered down. 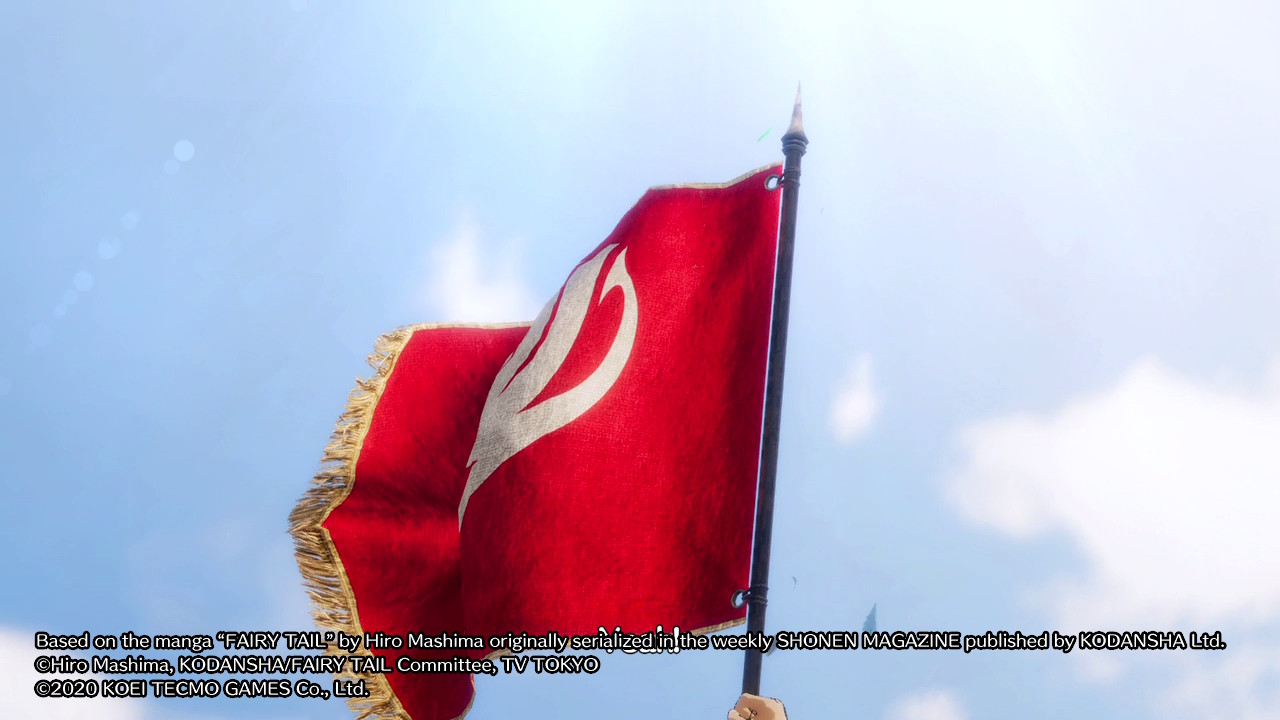 The story of the game retells the anime’s story through the Grand Magic Games and the Tartaros arcs and it’s explained well enough that someone who hasn’t watched the anime can get a grasp of the general story; however, to really understand everything that’s going on you really need to have watched the anime first.  For example, the current number one guild is Sabertooth and in the anime, you get to see a bit of the power and abilities of six members of this guild in the grand magic games; however, in the video game two of these character’s don’t appear at all and a third doesn’t get a chance to show off any of her abilities.  Additionally, the Tartaros arc features a group of enemies known as the nine demon gates, but you only fight five of them and the other four are dealt with in short story explanations.  I would have loved to actually have those battles. 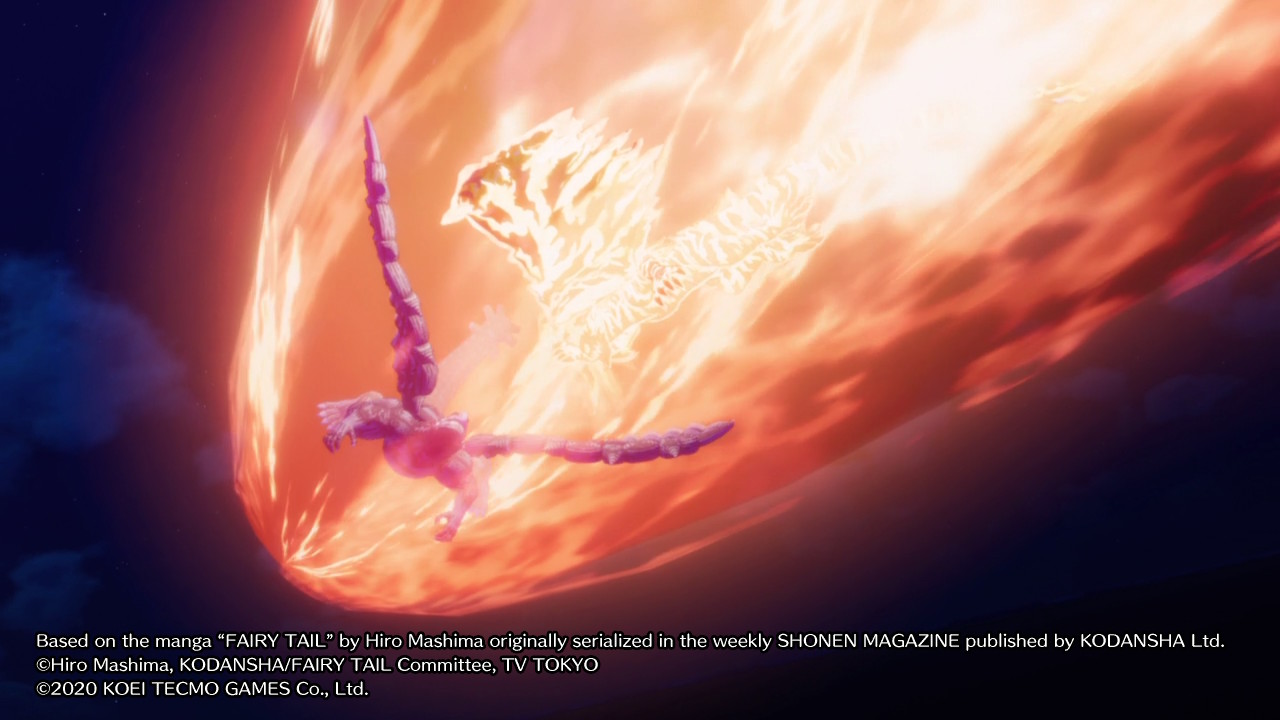 Furthermore, some of the incredibly emotional parts of the story feel like watered-down versions of the anime counterparts.  For example, one character was able to reverse time for one minute which winds up saving several lives in the process; however, while the anime puts a lot of focus and emotional weight to this moment the video game glosses over some of the details which lessen the significance.  Overall the story tells all of the pertinent story elements that are featured in the anime, but the execution was lacking. 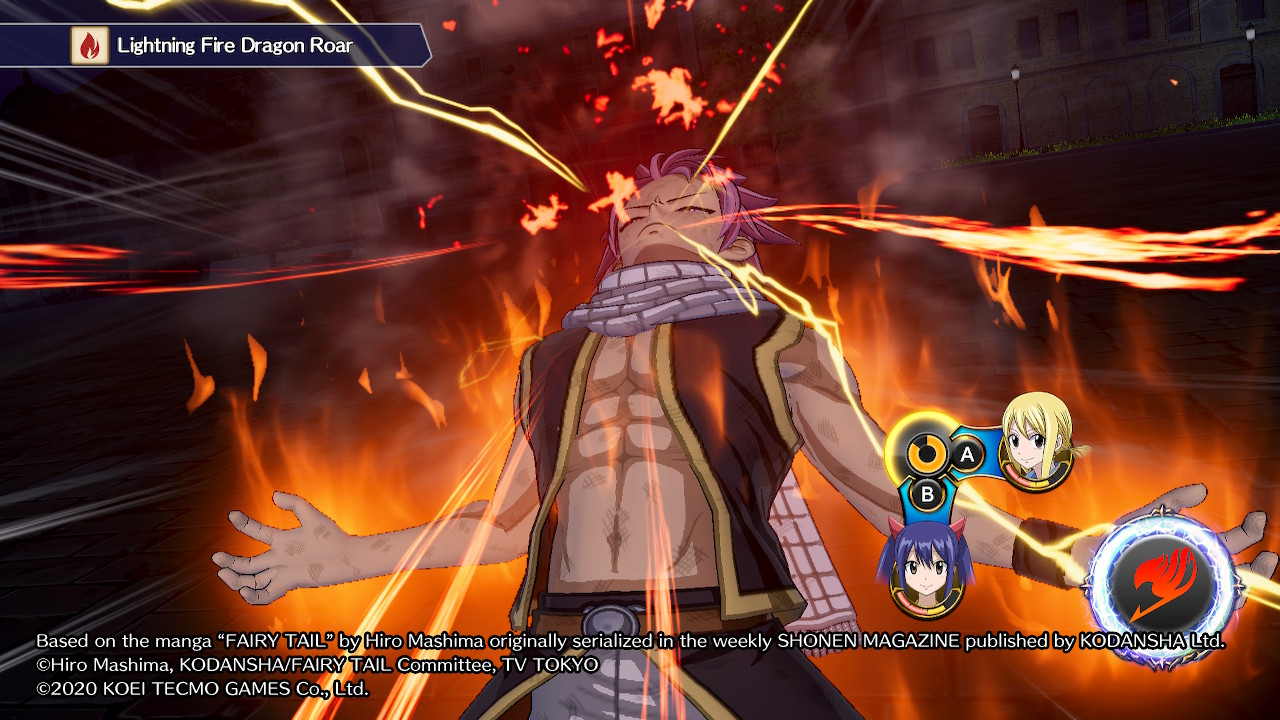 The gameplay is where this game really shines but even this is not without fault.  I am a huge fan of turn-based battling which was what was featured in the game; however, to aim your attacks each attack affected a specific pattern in a 9×9 grid that the enemy is on. These ranges can be moved but not rotated so it’s like Tetris but without some of the features. It does add an interesting element of strategy when dealing with numerous enemies to decide which attack would best suit the situation.  So I actually really liked the gameplay a lot; however, the game adds a lot of busywork to the story in the form of missions.  Missions do not vary that much, either slay specific monsters or find specific items.  While these were fun to do at first the game has a huge amount of these missions that don’t add anything to the story and only serve to help your guild rank up.  Considering how much busywork the game had I would have preferred that they fleshed out more of the story and used that instead to make the overall experience better. 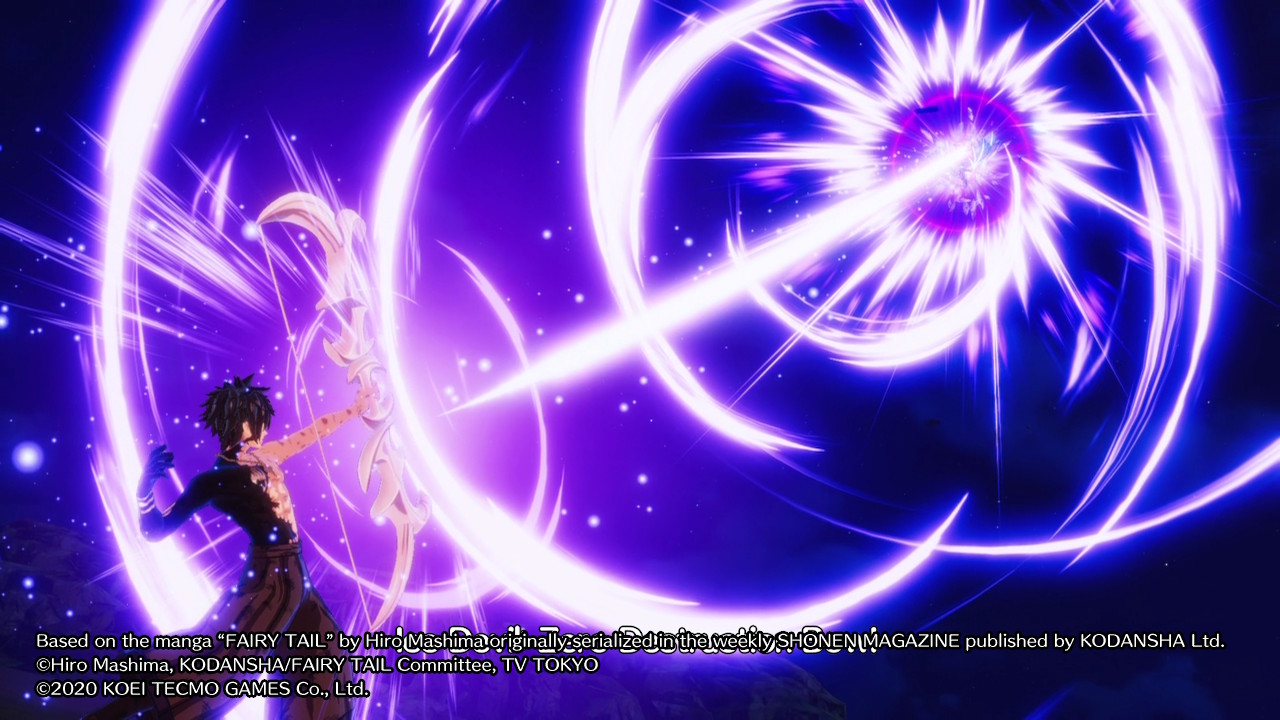 Overall this game does a decent job at retelling some of the amazing events that are featured in Fairytail and the gameplay was a lot of fun.  However, the story was not executed with the same success as it’s anime counterpart and was missing several elements that could have been added to further add to the experience.  Instead, the game put a lot of meaningless side missions that get old after a while and just made me want to go back and watch the anime to relive the amazing moments I wanted to see. The game isn’t really something I would recommend for someone who hasn’t seen the anime because a lot of details will be lost in the process.  I also wouldn’t recommend it to fans of Fairytail at its current price.  If it goes on sale for $30 I can see this being an experience worth that price but for $60 you can get games that execute story content far better.