One of the things I love most about anime characters is how they converse with each other and my favorite lines come from people that know how to lay on the smack talk.  In this case, the lines themselves don’t have to be amazing but my list is composed of the characters that are just the most entertaining to watch when they do insult other characters. Natsu from Fairytail is a good character to start this list.  He’s a character that doesn’t use the best smack talk, but he makes up for it with loads of effort.  He will unleash smack talk about any character in his path, most of the nearby supporting cast and the way he does it is often hilarious.  He one time smack talked an opponent while his mouth was wrapped in bandages, so he did not say anything audible, but the attempt was very enjoyable to watch.  Another stand out moment was when he was split into numerous smaller versions of himself in a fight and all of them started biting, kicking, and trash-talking to lay on a barrage of high pitched insults that literally annoyed his enemy to putting him back whole again. 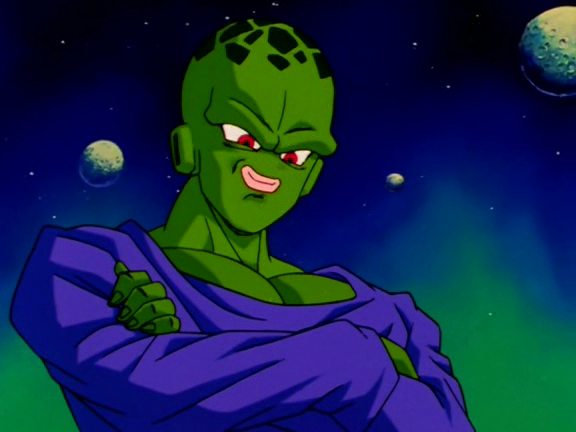 Pikkon from Dragon Ball Z is a filler only character, but even so, he likely has trash-talked more than any character in the series.  In the anime movie Fusion Reborn, he is forced out of combat by a barrier that seems to break when insulted.  So in order to get through, he literally yells insults such as “disgusting freak” till he loses his breath and keeps doing so till he arrives at the last minute to protect Goku and Vegeta.  While many characters trash talk he was one of the few that actually did physical damage in the process. 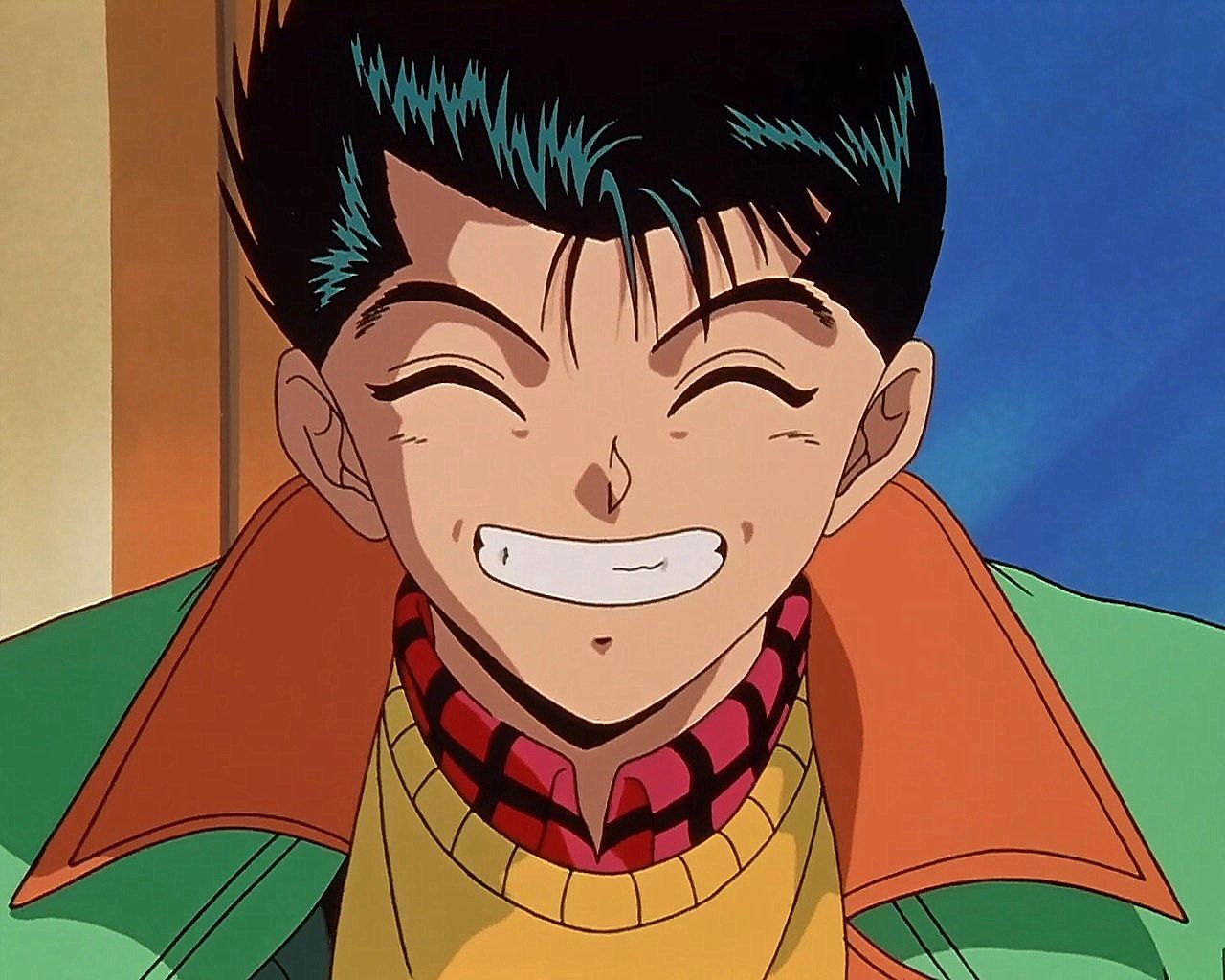 Another enemy that manages to insult any enemy he comes across, Yusuke from Yu Yu Hakusho manages to insult friend and foe alike.  Calling his mentor an old hag, infant jokes to his boss, and threatening to turn an enemy’s pet bird into fried chicken, Yusuke is a character that’s just flat out entertaining to listen to.  Furthermore, just when you think he’s done with the insults, his next sentence usually lets out an all-out verbal assault. 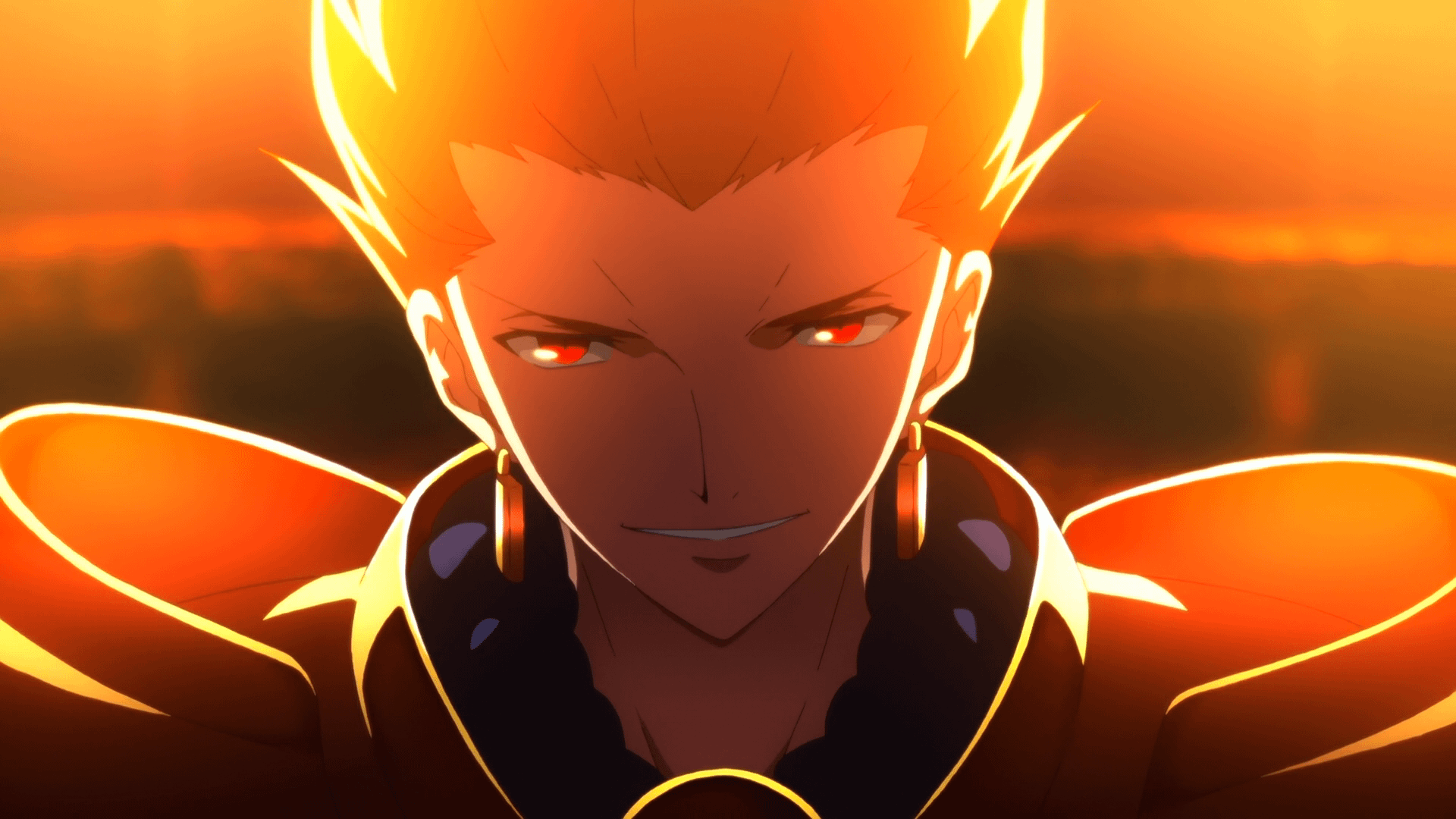 Fate Zero is undoubtedly one amazing show and Gilgamesh is a pivotal character for the whole story.  Not only is he extremely powerful and able to summon an army of flying swords at any time, but he has the mouth to express just how superior he is to everyone.  He frequently calls his enemies mongrels and curs and has no reservations of pointing out his views on where he stands in comparison to the rest of the world.  At one point he even provided a barrage of attacks just for an enemy forcing him to stand on the ground instead of on an elevated pole. 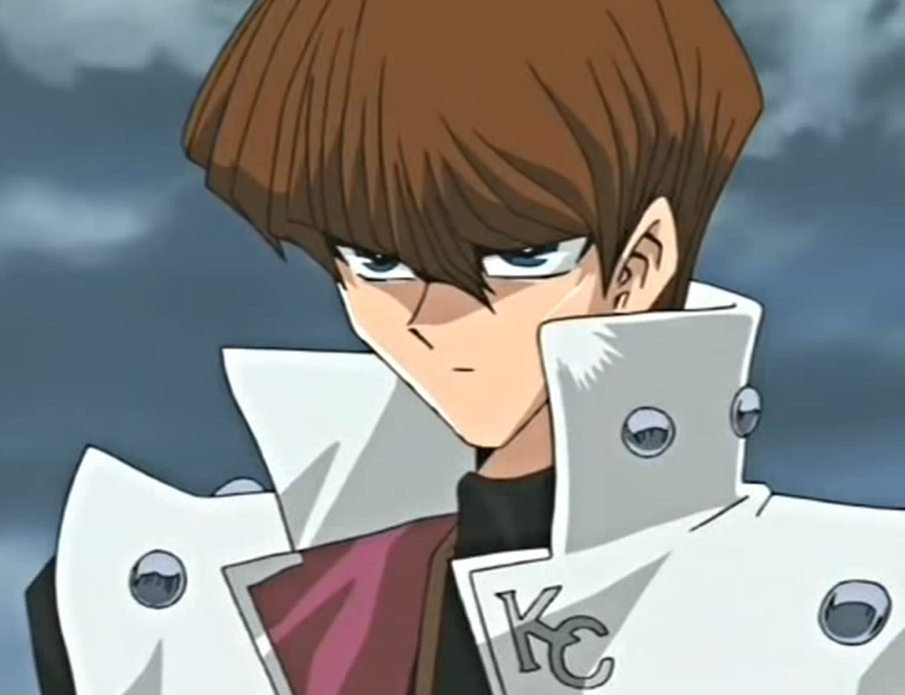 A billionaire that makes a living with playing cards in Yu-gi-oh, this man uses his wealth and status to tower above everyone else and he has the attitude to back it up.  He frequently compares Yugi’s friend Joey to some sort of animal any chance he gets and often insults the very foundation of the enemy’s power by comparing their use of ancient power to cheap tricks.  While Seto later understands this power is real, his trash-talking and skeptic nature make for wonderful commentary, till he’s sent to the shadow realm. 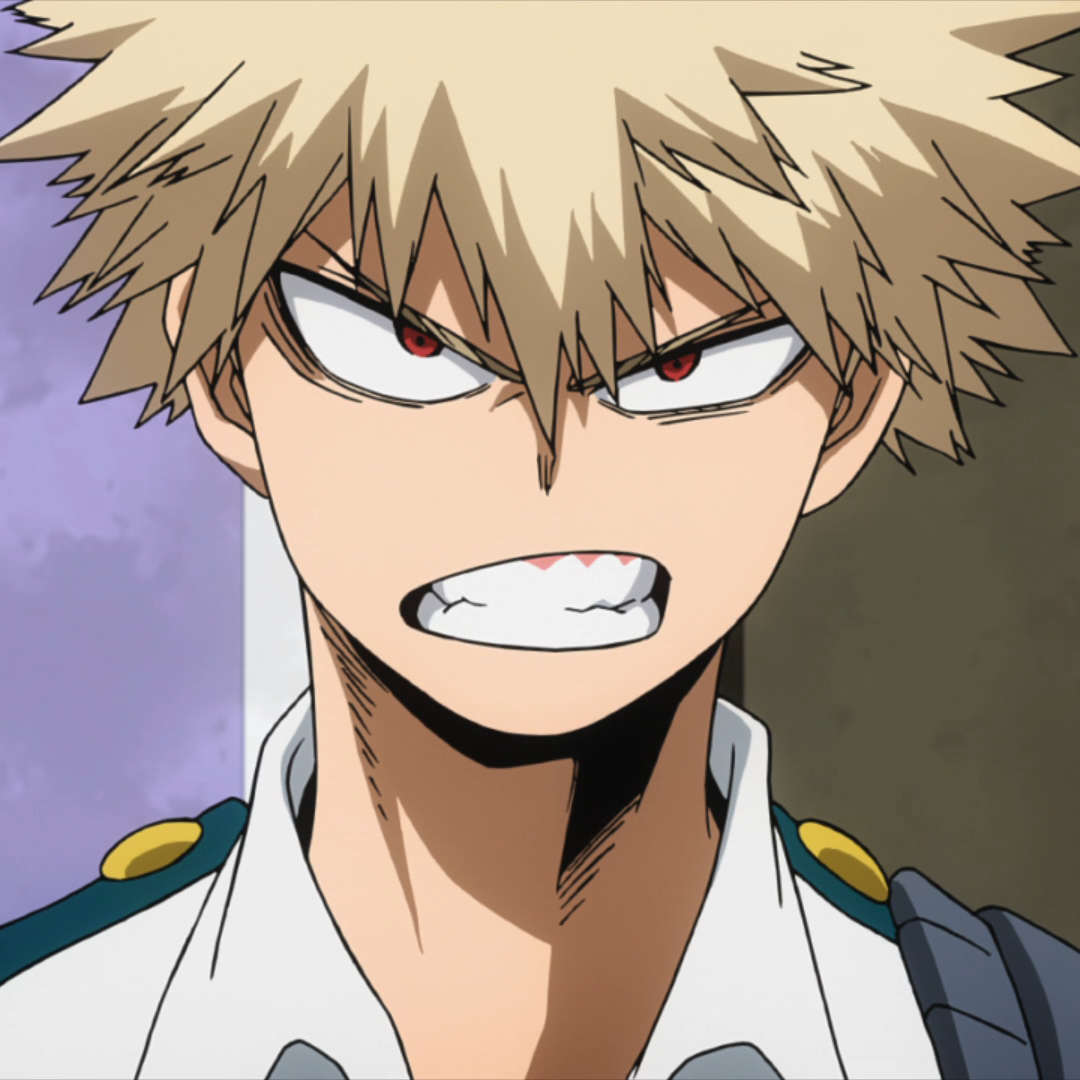 Bakugo from My Hero Academia is almost nothing but trash talk.  He frequently talks about being number one and insults everyone that stands in his way, or helps him, or speaks to him, or appears within his line of sight.  The point is this guy lays on the smack like he owns the copyright for it.  He insults so much that often times his mouth, combined with his use of brute force, makes him look more like a villain while he’s training to be a hero. 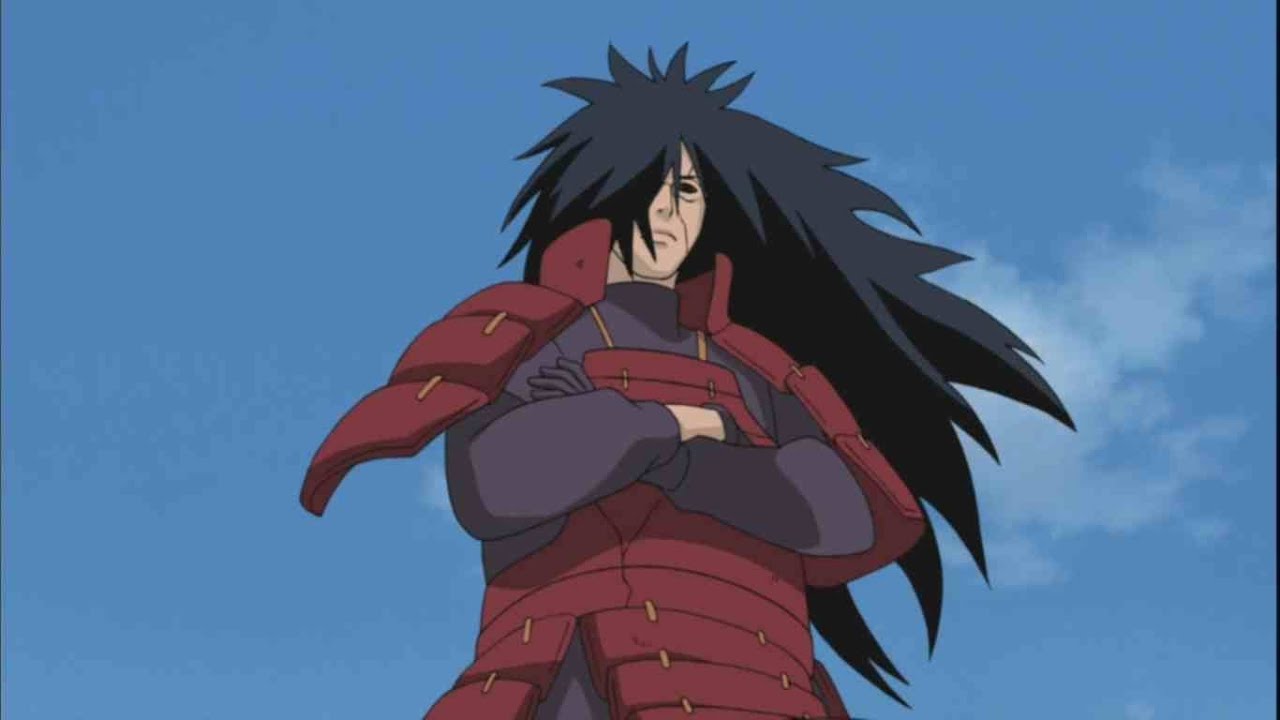 Madara from Naruto is one of the most overpowered anime characters ever and he uses that power to toy and taunts his enemies endlessly.  At one point he fired a meteor sized bolder that took so much effort to deflect and just when the allied shinobi forces started to breathe a sigh of relief, Madara calmly asks them “what will you do about the second one.” His short but to the point threats and statements make for great smack talk because he immediately backs up his statements and just overwhelms his enemies.  So when he has something to say, you know something’s about to happen and it won’t be pretty. 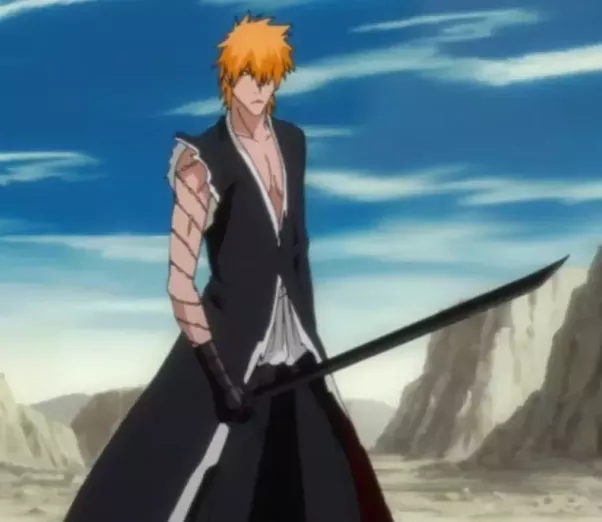 Ichigo from Bleach is another one of those characters that just has an endless supply of trash talk to dish out.  At one point he is asked to join a group of people who can help him control his powers and when they speak with joy of his arrival he simply replies, “bite me.” Another notable moment was when he battles Aizen. Aizen slashes a heavy blow at Ichigo but Ichigo simply catches Aizen’s blade.  Ichigo then gives Aizen a minute to ponder what just happened before laying a comment to utterly humiliate his enemy with “Yes, I did catch your sword.”  He also has an inner power commonly referred to as “Hollow Ichigo”, a separate soul inside his body that makes up part of Ichigo that also dishes out smack talk but considering this character is a part of Ichigo I decided to combine both of these characters. 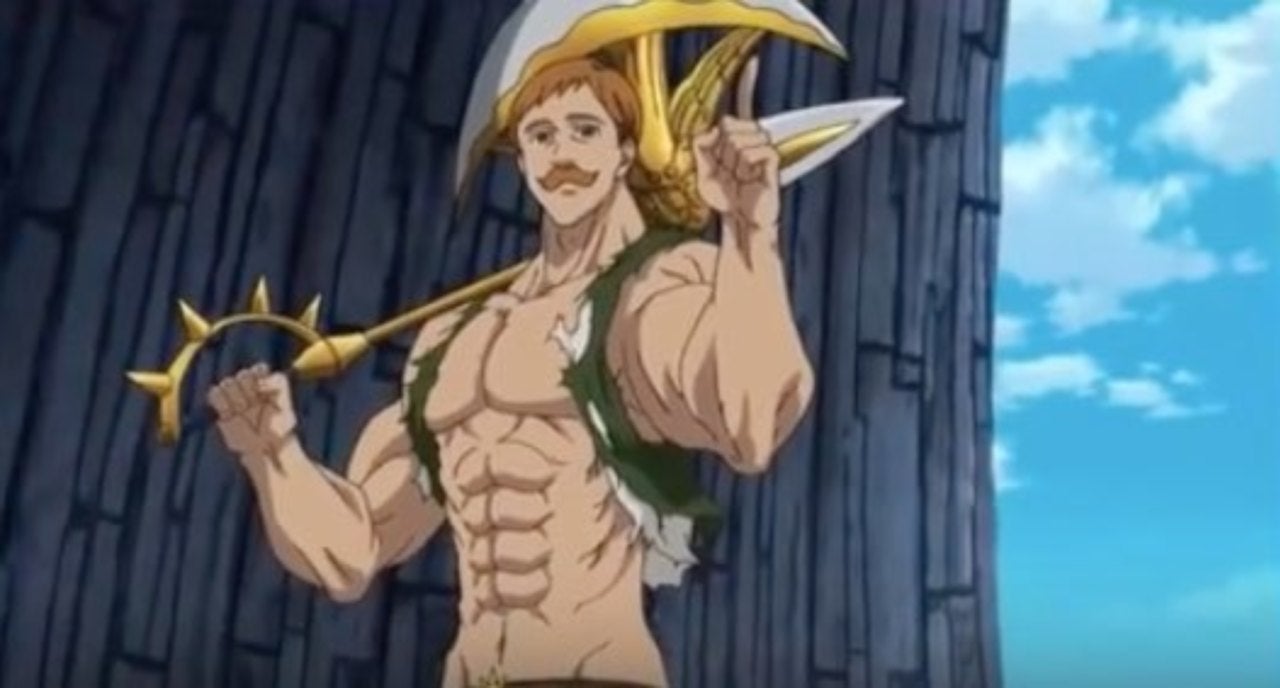 Escanor is the powerful sin of pride of The Seven Deadly Sins and when he is at his most powerful he will make sure he boasts of his overwhelming superiority to his enemies.  He will knock enemies to their knees and then ask if they dropped a coin.   He proudly proclaims to his enemies that he stands tall above all races.  What makes his trash talk so much fun to watch is how he calmly talks about how much better he is and causally proceeds to prove it.  His bark is pretty bad but that’s because his bite is so much worse.

Vegeta from Dragon Ball Z and Super will not hesitate to verbally humiliate his foes.  One of his most notable lines is when he asks Android 19 if a machine can experience fear before he beats the living daylights out of the death bot.  Even if he’s not directly intending to insult his enemies, his smack talk is often one of the most quotable experiences in the show from comments like “you immortal son of a b***h” or insulting a god of destruction in the Tournament of Power before defeating him. Vegeta has a lot to say and people listen.