In honor of Pokemon Day I wanted to do at least one Pokemon themed article in celebration of such an awesome day.  Now there’s just so much to write about in the entire series but I wanted to talk about the stuff that Pokemon allows you to do on the side that’s separate from the main story.  The main story of Pokemon is almost always the same thing every time but each game offers a lot of unique activities to do that enhances the overall experience.

This was an activity seen in Heart Gold and Soul Silver and I spent countless hours playing the mini games included with this.  I found all of the games to be nice and enjoyable and made me think of games found in the Mario Party series.  They were fun as single player games, but they really shine when you get friends together.  It was a real shame that this feature has yet to return to the Pokemon Series.

In Pokemon Black and White 2 we were introduced with flashbacks which linked the events from the first installment of Pokemon Black and White to the second game.  Not only was it nice to see that so much has changed between games, but it was also nice to get these flashbacks mixed in within the game that helped us to see the full story on how the characters continued on past the first game.  I only wish there were more of these flashbacks as I found them to be few and far between and I really hope we see more Pokemon sequel games. 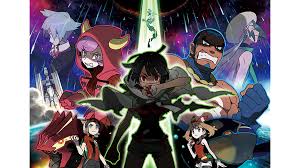 In Pokemon Omega Ruby and Alpha Sapphire a special post game story was introduced which followed the story of the legendary Pokemon Rayquasa and Deoxys.  It was awesome seeing new characters and pursuing the knowledge of these legendary beings.  The story wound up being amazing and I couldn’t help but play the entire side story in one session because I just couldn’t put it down.  Pokemon usually fails to bring amazing side stories to the series, but this was their biggest exception to date.

A concept started in Pokemon Ruby and Sapphire these bases served as mini residences for your Pokemon trainer that you can place in one location from many all over the region.  Every aspect of this was enjoyable from finding the perfect location to finding the best items to put in your base and even arranging them in the best formation.  It was also great to import your friends bases and have them all over to explore and see what all they did.  It was a real shame that they came back in Diamond and Pearl as a poor knock off.  The whole underground catacombs thing was strange and it really felt like it was poorly added on since the bases were not integrated at all with the main map. 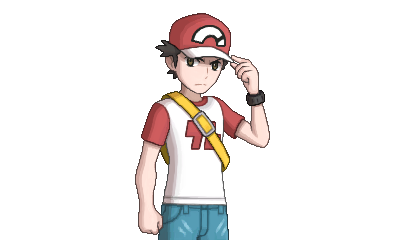 Red was just something that came out of nowhere in Pokemon Silver and Gold.  You traveled all over Johto and Kanto and beaten every trainer.  You gained access to the dangerous Mt. Silver and when you climb to the top you find a trainer, but not just any trainer, but Red the one that stopped Giovanni and beat both the man you had to beat to be Pokemon Champion and even beat someone that was even stronger.  Red is a dominate force in Pokemon and his return in Pokemon Sun and Moon was surprising and still just as intimidating as it was the first time you battled him.  I really hope Red keeps on appearing in other games and we see more of the previous characters make cameos in future titles.